6 Famous Mythological Horses Who Have Ruled Legends and Tales

Horses symbolize masculinity, grace, elegance, passion, and freedom. These exquisite qualities have made them immoral in mythological literature.

Horses symbolize masculinity, grace, elegance, passion, and freedom. These exquisite qualities have made them immoral in mythological literature. 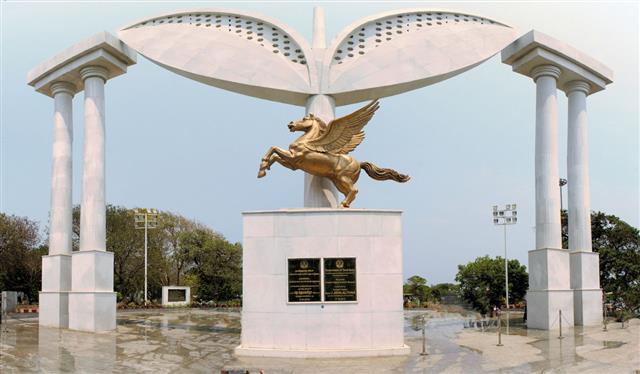 The earliest description of the unicorn is from Greek historian Ctesias, in his book Indica, which was based on India. He described the unicorn to be a wild ass which was fleet of foot, having a long horn and a hide that was a combination of white, red, and black colors.

Horses have galloped on Earth for many eons. It is but natural that they have made their way into man’s imagination. But one cannot help wonder if such magnificent horses could have ever existed.

Paintings, poetry, tapestry, literature, and sculptures in several places across the globe taunt that curiosity, and wonder if these mythical horses could have been trotting around the land alongside primitive man? Well, answering these questions could prove really difficult.

Pegasus is the immortal winged horse that sprung out from Medusa’s neck when she was beheaded by Perseus. The winged horse was tamed by Bellerophon, a Corinthian hero, who then rode him against Chimera. Pegasus is known to have flown into the heavens and taken refuge in Zeus’ stables. He was then placed among the stars in the form of a constellation, and is now considered to be the harbinger of spring and warmer weather.

Uchchaihshravas is a seven-headed flying horse from Hindu mythology, who rose out of the samudra manthan, or sagar manthan, or churning of the ocean. He is often the mount or vehicle of both Indra, the god king of heaven, and Bali, the king of demons. He is mentioned in various holy Sanskrit scriptures viz. Mahabharata, Bhagavad Gita, Devi Bhagavata Purana, and Vishnu Purana.

Unicorn, is a legendary horse that has been described since antiquity. According to European legends, it is described to be a white horse with cloven hooves, and a long horn protruding from its head. The horn is believed to have healing powers. Aristotle, too has mentioned the unicorn and called it the ‘Indian ass’.

Mares of Diomedes were four man-eating, wild, and uncontrollable mares who belonged to the giant Diomedes. Each of these mares had a specific name and trait, Deinos (the terrible), Lampon (the shining), Podargos (the swift), and Xanthos (the yellow). Legend has it that capturing and taming them was the eighth labor of Hercules, which he completed only after feeding Diomedes to the horses.

Areion was an immortal horse born to the goddess Demeter after being raped by Poseidon. However, there are other stories that claim various other parentage of the horse. Latin poet Sextus Properius claims that the horse was endowed with speech. Legend has it that he had exceptional speed, which aided many of his riders in war. The horse also finds mention in Homer’s Iliad, and in The Fall of Troy by Quintus Smyrnaeus, who believed that Areion was the fastest horse on Earth. The horse was passed down from Poseidon to Copreus, Oncus, Hercules, and then eventually to Adrastus.

According to Buddhist folklore, Kanthaka was Siddhartha’s (Gautama Buddha) favorite horse, whom he rode on when he escaped from his family and became an ascetic. Kanthaka was described to be 18 cubits in length with a proportionate height and white in color. Folklore also claims that after dying, Kanthaka was reborn as a scholar who later achieved enlightenment.

There are a number of horses galloping in many a mythological tales from all over the world. Some have even partly morphed into other creatures, creating centaurs and Hippocampus.