Traditional Romantic Superstitions and Rituals Followed All Over

You are sleeping peacefully in your bedroom, and are suddenly awakened by the noise of a feline. Does this imply something? Find out...

Home / Uncategorized / Traditional Romantic Superstitions and Rituals Followed All Over 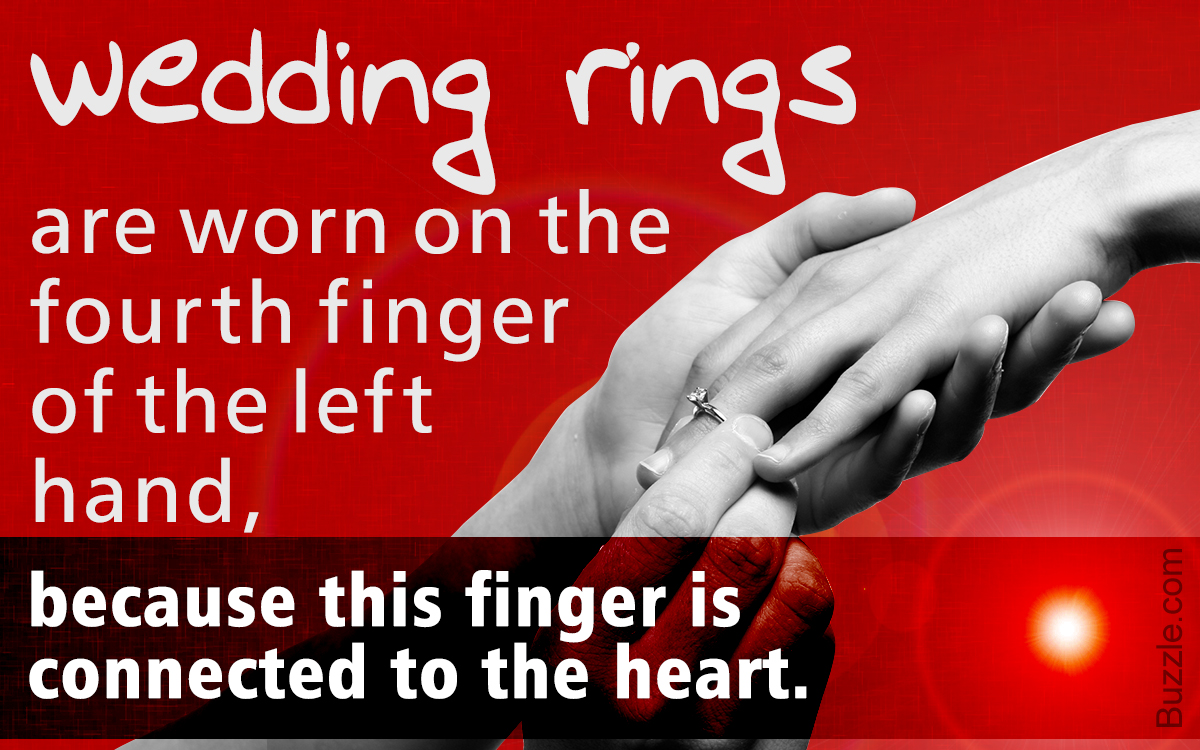 You are sleeping peacefully in your bedroom, and are suddenly awakened by the noise of a feline. Does this imply something? Find out…

In Kenya, at a Maasai wedding, the father of the bride spits on her head to bless her!

Love is the best feeling in the world, but when it comes with the baggage of rituals and superstitions, the situation becomes a bit dicey. There are sets of customary rules that need to be followed so as to make a relationship perfect. Experts say that these rituals, and of course the superstitions, do make the relationship healthier, but a few others beg to differ.

Alice Walker once said, “What the mind doesn’t understand, it worships or fears.” Then, does this imply that because each one of us wants the romance in our life to stay on, we blindly follow superstitions and rituals that have been passed down to us from generations? A few of these rituals do have scientific reasoning behind them, but the others are nothing but mere beliefs. You may or may not agree with them, but you surely cannot ignore them. Here are a few such romantic beliefs that supposedly keep the fire alive in a relationship.

Romance is definitely needed to keep a relationship going. Legends believe, by following traditional rituals and believing in them, you will have a healthy love life.

♥ In Russia, couples get their names inscribed on padlocks, lock them on bridges, and throw the keys into the river. This is done to strengthen their bond.

♥ Spooning may have a different meaning today, but in the 17th century, a love spoon was specially made by a prospective groom to impress his future father-in-law by his craftsmanship and devotion.

♥ In Italy, couples toss two coins into the Trevi fountain so that they can take their relationship further by marrying each other. Wonder who collects all those coins?

♥ An old superstition in West Africa says that if a woman bathes or at least splashes water from a pool on herself, her chances of conception increase. Mind you, the Kachikally Crocodile Pool, as the name suggests, has crocodiles in it, the friendly ones though. Yeah right!

♥ Seen a four-leaf clover? Next time you spot one, eat it and think of your lover while doing so, and he/she will be yours forever! At least people in Dublin believe so.

♥ Confused if your lover is truly in love with you or not? Pick up a daisy and start to pluck its petals while saying, “he loves me, he loves me not”. If the last petal is plucked when you have said, “he loves me”, you have nothing to worry.

♥ An old ritual says if your lover hasn’t replied to your calls and messages then you should wait for three days before taking any action! Happy waiting, I would say…

♥ Kissing under a mistletoe will have a healthy effect on your relationship, and according to a few experts, will bestow fertility.

♥ If you are single and someone sweeps over your feet, you will remain single for the rest of your life. A good reason to avoid household work, I must say!

♥ Girls better pay attention to a barking dog on Saint Andrew’s Eve. You might just find your prince charming.

♥ If the cheeks of a girl burn for no reason, it means her lover is talking about her.

♥ Never ever eat onions on a Saturday night, else you will not be able to meet your lover on Sunday! Can anyone please explain the relation between onions and lovers meeting?

♥ Take an apple and twist its stem while taking the names of your crushes. The name that was mentioned when the stem breaks off is that of your life partner.

♥ If you spot a strange feline in your bedroom at night, don’t be scared. It just brought good luck to your love life.

♥ A toad crossing the road while you are traveling is believed to be a sign that your lover will visit.

The most awaited day in one’s life is his or her wedding day. But this auspicious occasion comes with a number of beliefs attached.

♥ Engagement and wedding rings are worn on the fourth finger of the left hand, because it is thought that a vein in that finger is directly connected to the heart!

♥ It is considered bad luck if the groom sees the bride in her wedding dress before the wedding day.

♥ Only a virgin can wear a white dress.

♥ Okay, this one’s scary. If the bride finds a spider in her wedding gown, it is considered to be the best omen.

♥ After the wedding, throwing rice on the newlyweds when they leave the wedding venue is believed to bestow fertility.

♥ The bride and groom should cut the wedding cake together, as it symbolizes their first task after their wedding. The groom supporting the bride in this process symbolizes that he will support her throughout his life, and that the bride will take care of the groom.

♥ When the bride throws her bouquet after the wedding, the bridesmaid who catches it will be the next one to get married.

♥ The chief bridesmaid should keep a piece of the wedding cake in her pocket until the newlyweds return from their honeymoon, if she wishes to get married soon.

♥ If the wedding vows are said when the hour hand of the clock is going down, it will bring bad luck to the couple.

♥ It is considered a bad omen if the bride sees a lizard, pig, hare, monk, nun, or an open grave on her way to the church.

♥ Do not give your fiancée a pearl engagement ring as it is considered to be a sign of bad luck. They say, the shape of a pearl resembles a tear.

♥ Cans and tins are tied to the car carrying the newly wedded couple, to ward off evil spirits so that they don’t kidnap the bride.

♥ The bride wears a veil as it protects her and her future family from evil spirits. She should not show it to anyone except her family, and should not try it on in front of anyone else.

You Gotta be Kidding…

In the name of tradition, a lot of unusual rituals are followed. These may sound a bit weird to you, but they are part of different cultures, and hence, cannot be ignored.

♥ In France, friends of the newlyweds arrive at their house and make noise by breaking dishes or playing instruments, so as to spoil the couple’s first night. The couple has to serve drinks in order to stop this noise. This ritual is known as ‘Charivari’.

♥ This one’s really weird. Among the Tujja people, an ethnic minority in China, brides have to cry for one hour, a month before their marriage. After ten days, her mother joins her, and again ten days later, the other ladies of the house join them.

♥ The Yugur (from China) grooms have to shoot arrows on their would-be brides, without the arrowheads of course! After shooting three arrows, they are broken along with the bow. Hope no one’s injured in the feat.

♥ In some parts of India, the groom is kidnapped by the family of the prospective bride, and the couple is then married off to avoid the dowry expenses.

♥ An old superstition says that if you start piecing a quilt, you will not get married until you finish stitching it! What’s a quilt got to do with marriage?

♥ The Tidong community of Malaysia and Indonesia doesn’t allow its newlyweds to use the bathroom for 72 hours after their marriage. They are watched by family members so that they do not cheat. I agree, self-control is needed in a marriage, but what a way to teach it!

♥ In Denmark, men and women cross-dress so as to confuse evil spirits.

♥ People in Scotland kidnap the bride-to-be and organize a bride-blackening program, where a black substance is poured on the bride, and later on, some smelly substance is also poured on her. Wonder how the groom can take those vows standing besides her?

♥ If you pour your own drink, then you will remain single for the next three years. Then, are all bartenders still unmarried?

♥ Men in the Dai community in China, cloaked in a red blanket, play their favorite musical instrument turn by turn for the women, in a courting ceremony. The women sit around a bonfire, and if any of them likes the music and a man in particular, she pulls out a stool for him, in front of her. The man drapes the blanket around the girl as well, and… I hope you understand!

♥ In Sweden, if the bride leaves the wedding venue for some reason, all the women at the venue should go and kiss the groom till the time she returns. The same ritual is followed if the groom leaves the venue.

♥ If the younger of two sisters get married first, the elder sister has to dance barefoot at the wedding, else she will remain a spinster for the rest of her life.

The Day of Love…

14th of February is celebrated as St. Valentine’s Day all over the world. It is a holy day for lovers. So how could it be spared of all the superstitions and rituals? Here are a few hints that may help you in finding your Valentine, at least that’s what legends say…

All these beliefs have existed ever since mankind knew the meaning of romance. It is your personal choice whether to believe them or not. As it is quoted in the Bhagavad Gita, “Man is made by his belief. As he believes, so he is.”