Different Symbolic Meanings of a Lion

Lions are majestic creatures which do not fail to intrigue us, and we gasp at the very sight of it. This ferocious, powerful, king of all animals has been used as a symbol of valor, courage, leadership, etc., in many cultures. This Mysticurious article enlists different symbolic meanings of a lion.

Lions are majestic creatures which do not fail to intrigue us, and we gasp at the very sight of it. This ferocious, powerful, king of all animals has been used as a symbol of valor, courage, leadership, etc., in many cultures. This Mysticurious article enlists different symbolic meanings of a lion. 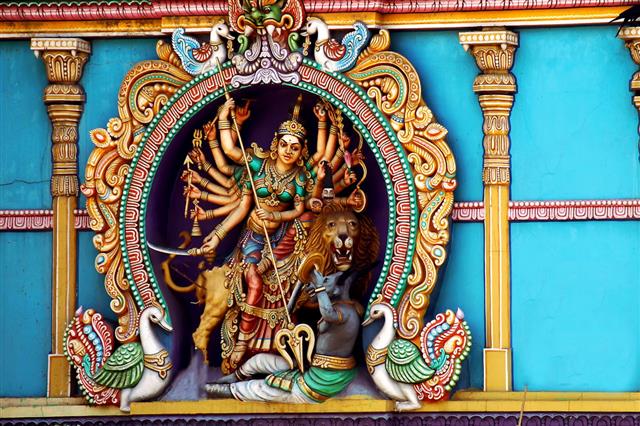 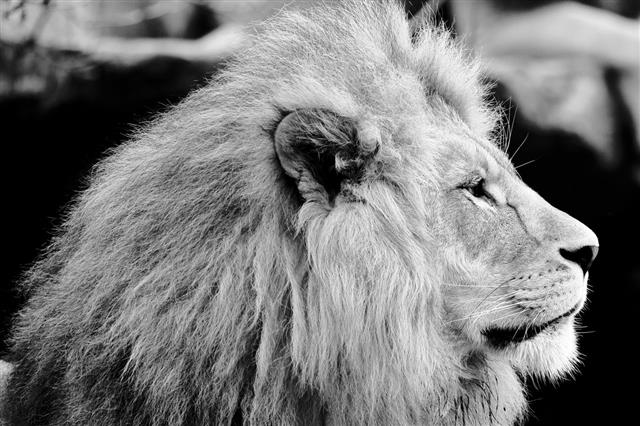 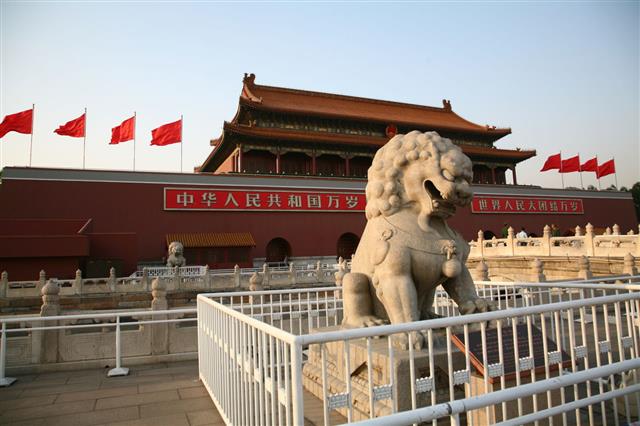 While many cultures boast and speak highly of the lion’s strength and courage, there might sadly come a day when our future generations will not have a chance to see how a real lion looks. The human race is much is to blame for it, we’re too busy building and spreading our habitat, at the cost of theirs. This endangered species needs protection, else it will reduce to a mere symbol one day.

Lions―the very thought of this animal brings images of its regal pose and flowing mane to mind. A lion is rightfully known as the ‘king of animals’. Its majestic look exhibits strengths, and a roar from him is enough to send shivers down one’s spine.

Lions usually symbolize strength, leadership, fear, royalty, pride, nobility, majesty, etc. For some, it also represents focus, strength, determination, a gallant warrior, etc. The lion has found mention in various religions, mythological stories, and literature in various cultures throughout the world. Given below are a few symbolic meanings of a lion.

► In the Biblical context, the lion holds its place in the story of ‘Lion of Judah’. It represents the tribe of Judah.

► The strength of the lion has been compared to be God-like; however, in a noble way, who acts as a leader for the people.

► However, uncontrolled power and misuse of it represents the negative side of a lion.

► In the series of books of ‘A Song of Ice and Fire’ by George R.R. Martin, the House Lannister are represented by a golden lion on a crimson background.

► In the Harry Potter fantasy book series, the House of Gryffindor was represented by a lion. It depicts courage, fearlessness, and strength.

► In Dante’s poem ‘Inferno’, the lion is used as a metaphor to represent selfishness, aggressive nature, and violence.

► The ancient Egyptians depicted lions in a very unique manner. It was represented by a ‘Sphinx’ that has a human face and body of a lion.
► The lion was also considered to be a symbol of the Sun in ancient Egyptian culture.
► The Egyptian God Aker, who is represented by two lions, is said to be the guard of day and night that symbolize life and death, respectively.
► The Egyptian Goddess Sekhmet was a lion-headed goddess who depicted power.
► Nubian Gods ‘Maahes’ and ‘Dedun’, who represented protection and wealth, respectively, were portrayed as lion-headed.

► According to Indian mythology, Narsimha, a Hindu deity, was an incarnation or avatar of Lord Vishnu, and responsible for killing the demon Hiranyakashipu. He is depicted as half-man and half-lion.
► The lion also represents the vehicle of Goddess Durga, a Hindu deity.
► The current national emblem of India has drawn inspiration from King Ashoka’s Lion Capital of Sarnath, and is depicted by four lions that represent nirvana in Buddhism.

► The Chinese lion usually symbolizes a ‘protector’ against all evils.
► The traditional stone statues depict the lions in pairs. The male lion represents the supremacy of power, whereas the female is shown playing with a cub that represents a more caring and nursing nature.
► The Lion dance is a traditional Chinese dance form, where two dancers usually dress up in costumes of a lion, acting as as the head and the body respectively. This dance form is performed to ward off evil spirits and bring good luck.

► In England, lions have a special place in the ‘Royal Arms of England’, wherein three lions passant symbolize the power of England rulers.

► Lions represent the zodiac sign Leo. People born under this sign are said to have similar characteristics of that of a lion, such as valor, leadership qualities, supremacy, and strength.
► Lions are represented in many flags of various nations around the world. For example, the Sri Lankan flag has a golden lion, the Rastafarian flag, etc.

Sphinx of Egypt―body of a lion and face of a pharaoh.

Chinese lion symbolizing a ‘protector’ against all evils. 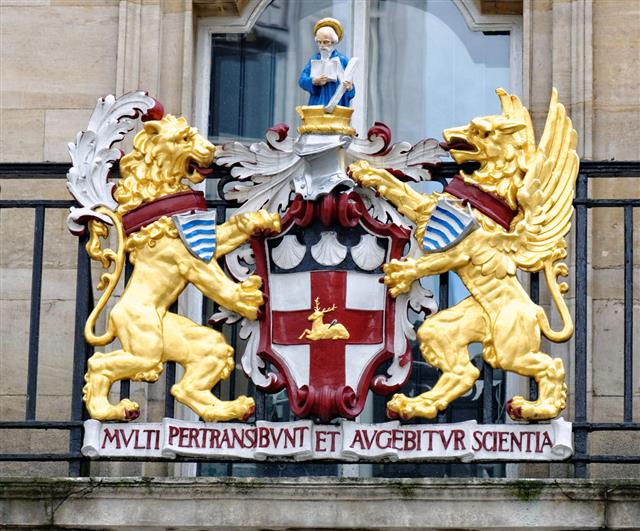 The Coat of Arms with lion and unicorn as supporters.

► If you see a lion in your dreams, it usually symbolizes courage, power, and strength.

► If you see a black lion, it might be a symbol of a negative force that is trying to cause something bad to you.

► Dreaming about a lion tamer implies that you’re in charge of something important and have the power or control.

► A lioness is a strong leader, who is protective of her cubs. Dreaming of a lioness implies that you’re trying to be gentle-hearted and a strong mother-like personality to your family or your team.

While lions are ancient animals and have been depicted in cave arts too, the above is certainly not an exhaustive list for cultural meanings and symbolic meaning of lions. This intriguing and majestic animal, though celebrated and revered through the ages, needs attention today. It’s time humans take responsibility. 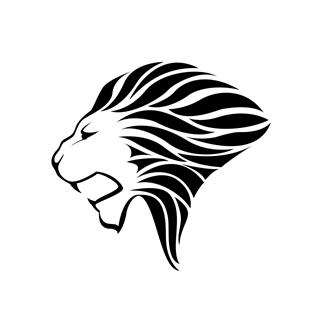 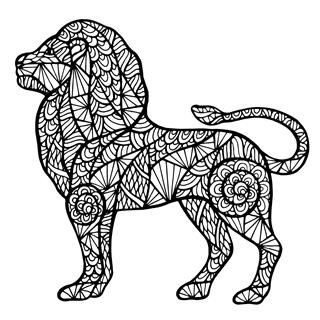 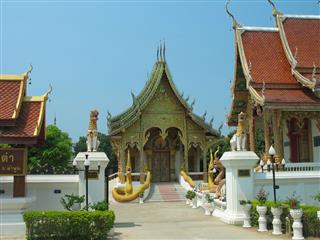 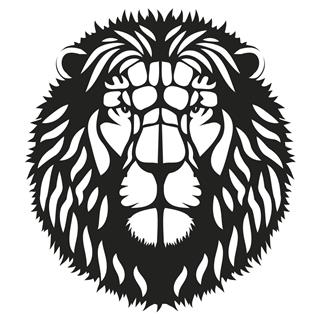 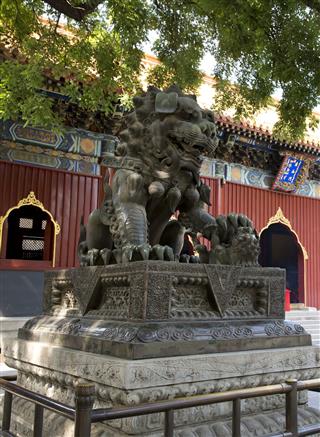 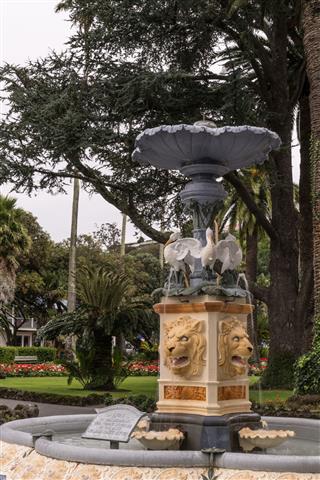 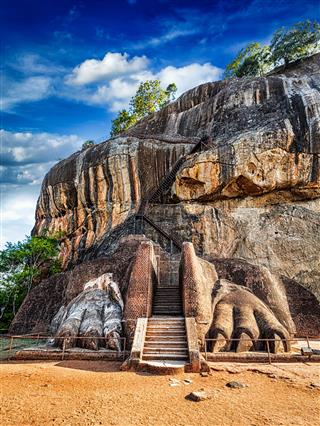 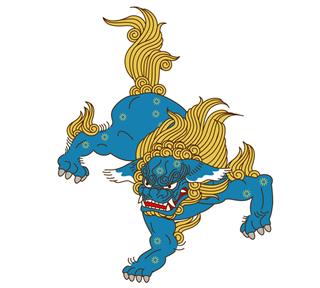