How to Move Things with Your Mind

sPhilosophers have always expressed preference towards mind over matter. Well, let's find out how to move things with your mind and see if we can take better control of our lives and our surroundings!

Home / Uncategorized / How to Move Things with Your Mind 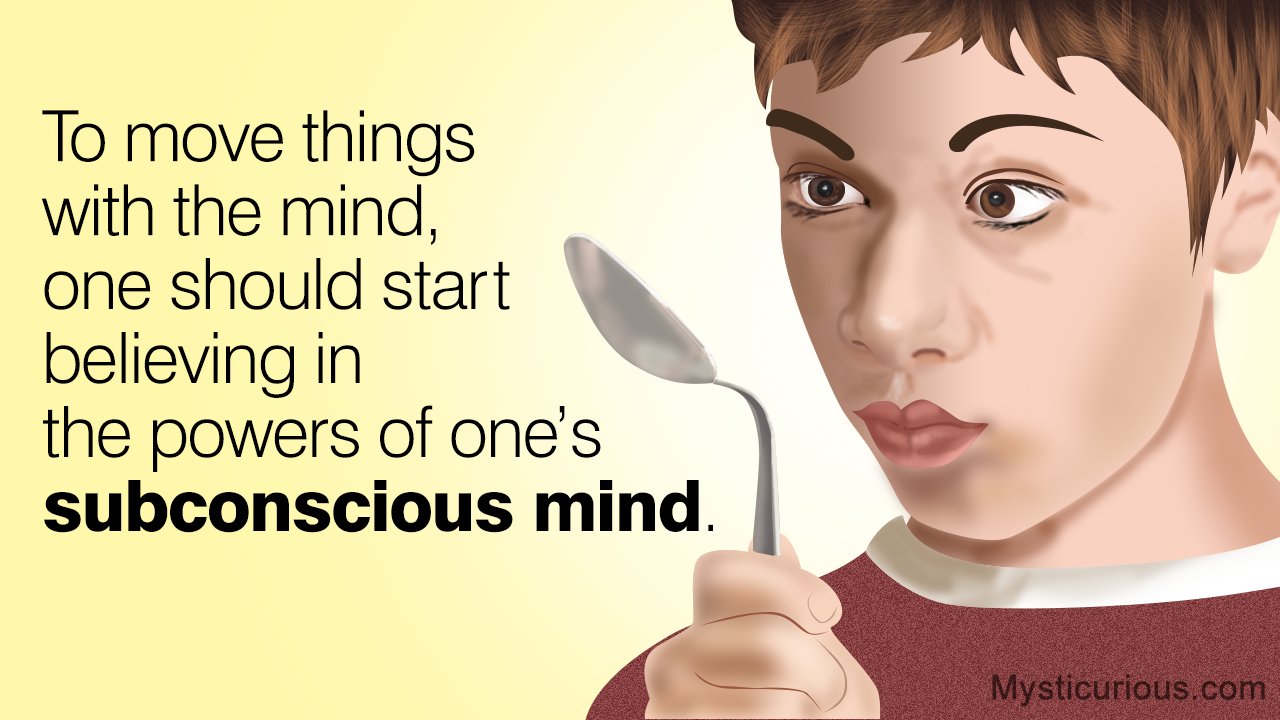 sPhilosophers have always expressed preference towards mind over matter. Well, let’s find out how to move things with your mind and see if we can take better control of our lives and our surroundings!

Telekinesis, also known as psychokinesis, is the power to move things with your mind! Well, if you’re either gaping with surprise or smirking sardonically, know this for a fact that the human psyche is an uncharted territory and just because you don’t know about it or haven’t seen it happen doesn’t mean it does not exist! Yes, it is absolutely possible to make objects move with your mind, even distort objects with your mind. However, this is a very rare and unusual phenomenon and not everyone is gifted, but it has been proven by science that the powers of the brain can be amplified to astounding magnitudes, so much as to be able to even affect the physical plane! So let’s get down to brass tacks and find out how things can be moved using the power of your psyche.

First, let us try and understand the premises of telekinesis. Psychokinesis falls under the purview of parapsychology. Parapsychology, one of the most obtuse branches of psychology, is related to studying and researching the existence and causes behind psychic abilities and paranormal phenomenon, using rational logic and scientific methods. It seeks to investigate mysterious occurrences and unexplained phenomenon by steering clear of religion, faith or spiritual beliefs. Parapsychologists have been able to identify two primary types of measurable and observable telekinetic effects when conducting experimental laboratory research – Micro Telekinesis and Macro Telekinesis. Micro Telekinesis deals with very small telekinetic effects such as maneuvering physical objects at a very minute level, i.e. Atomic or sub-atomic level. Such effect can be measured and proven only through the use of very sensitive and advanced scientific equipment. Macro telekinesis, on the other hand, has to do with manipulating physical objects that are big enough to be seen with the naked eyes. As is the case with phenomenon falling under most obscure and pseudosciences, telekinesis has received mixed responses. However, there have been many recorded instances where people were able to affect physical objects with their mind! Miroslaw Magola, Nina Kuragina, Eusapia Palladino and Swami Rama are some of the famous people who have claimed and demonstrated telekinetic abilities. Now the question is can you move objects with your mind even if you are not a “special” or “gifted” person? The answer is, Yes! With some self-discipline, practice, patience and dedication, you can learn how to move things using your mind. All it takes is to tap the latent power of your mind and performing mental concentration and some meditative exercises.

Knowing How to Move Things With Your Mind

Although a good deal of concentration and psychic ability is needed for the mind to be able to affect the material plane, it can be acquired gradually through training the mind and awakening the dormant psychic powers. There are many asanas in Yoga that are designed to exercise the mind and are known to have been effective in enhancing mental capacity and unlocking several hidden doors of the mysterious human brain! Not just psychics, but individuals with average mental faculties can also develop this power using mind control techniques. Let us look at a few techniques that may be useful to know how to move things around with your mind.

Believe: Start with believing in the powers of your subconscious mind. Believe that this phenomenon is true and that you can make it work. Don’t care about what people say when you want to try training your mind for telekinesis. Believe in yourself and believe in your efforts.

Rev Up Your Brain: An average human primarily uses only one side of his/her brain, that too, not to its full extent. If you’re the left-brained type, give imagination a chance and try visualizing and using graphics and images more than statistics. Give a break to routine and pursue some creative hobby. If you are the right-brained one, start playing complex games that involve using logic and reasoning, start getting into details and plan your days in charted routines. This way, you can take advantage of both sides of the brain and make extensive use of your brain power! Doing brain exercises are also an effective and fun way to flex those gray muscles!

Focus: Start with selecting the object that you want to move and make sure it is simple and not very heavy. Empty your mind of everything else and focus your entire attention on that object, as if it were your whole world and your sole reason for existence!

Identify With the Object: Imagine the object to be a part of your being and existence and let go of the sense that it exists apart from you. We all know that we can move any part of our body with the mere will to move it. Right now, I am moving my fingers to type these words because my mind wills me to type and my brain releases electrical/ chemical signals to my hands and fingers to move in a certain way to enable me to type.

Will the Object to Move: As discussed above, once you become “one” with the object and start believing it to be a part of your being, you can “will” it to move the same way you will your limbs to move. It is very similar to the phenomenon of the Phantom Limb.

Practice Makes Perfect: The more you practice the more you create chances of success for yourself. Practice as much as you can and train your mind as intensely as possible. Concentration comes with lots of practice and patience and exercising the “gray muscles” is all about fortifying your mind’s concentration powers.

Try out these tricks to your advantage and develop your telekinetic skills, even if you are unable to become a full-fledged Jean Gray, you can always use the above techniques to train your mind to concentrate and develop your brain’s amazing faculties. As for me, I am gonna try to get to the bottom of this subject. Wanna know why? Well, my noisy neighbors need some serious lift-them-in-the-air-and-let-them-fall-hard treatment … get my point? (Wink!)