Nostradamus Predictions About the World War 3: Is a War Imminent?

Nostradamus was a French soothsayer, astrologer, and physician who lived in the 16th century. It is believed that Nostradamus has mentioned in his book "Centuries" about the third world war. Well, truth lies in how we see things and what we make of it. The current world is ruled by hatred, jealousy, and greed. Unless people change their ways, the world would be drowned in grief and suffering.

Home / Uncategorized / Nostradamus Predictions About the World War 3: Is a War Imminent?

Nostradamus was a French soothsayer, astrologer, and physician who lived in the 16th century. It is believed that Nostradamus has mentioned in his book "Centuries" about the third world war. Well, truth lies in how we see things and what we make of it. The current world is ruled by hatred, jealousy, and greed. Unless people change their ways, the world would be drowned in grief and suffering.

Nostradamus was born in 1503 in St Remi, France. He was a renowned physician and an astrologer of his time. He started his practice as a physician in 1525 A.D., after completing his studies in Montpellier. Nostradamus was way ahead of his times and used innovative methods to treat the victims of bubonic plague. He was successful in curing even the extremely ill, and this earned him a reputation as a gifted healer.

Nostradamus had predicted the two World Wars, the rise of the Antichrist and the assassination of J. F. Kennedy. Scholars say that Nostradamus has made predictions on the possibility of a third World War.

•Nostradamus showed interest in the pagan methods of divination and astronomy. Once he gave up his profession of practicing medicine, he settled down in Salon, France. He studied the art of magic by reading ancient texts of Egyptian and Alexandrian magic.

•Nostradamus became a famous soothsayer and could predict the future. It was during his stay in Salon, France, that he compiled and published his book Centuries. He wrote his prophecies in the form of short verses. Each verse consisted of four lines in the manner of quatrains. He has written 942 quatrains in total. Nostradamus grouped 100 quatrains into one century. Hence, there are ten centuries; one of the centuries has only 42 quatrains.

The interpreters of his book, Centuries, opine that Nostradamus had accurately predicted the assassination of John F. Kennedy, the rise of Hitler in Germany, the French Revolution, and many important events. Scholars of Nostradamus believe that he had foreseen and predicted the third World War.

Mabus then will soon die, there will come
Of people and beasts a horrible rout:
Then suddenly one will see vengeance,
Hundred, hand, thirst, hunger when the comet will run.

These quatrains are from the Century 2. The scholars have interpreted these quatrains with the incidents and events relating to the present century.

● “Mabus then will soon die, there will come” – The scholars of Nostradamus have interpreted “Mabus” to be President Bush of America. As per the interpretation, it is believed that Mr. Bush would be assassinated.

● “Hundred, hand, thirst, hunger when the comet will run”.– The comet in this quatrain is one of the several comets that is likely to cross the skies in next few years. His predictions may or may not come true. However, one of the comet named Comet 73P/Schwassmann-Wachmann 3 was close to the earth on May 13 2006 and close to the sun on June 6, 2006. This comet was discovered when Hitler came to power in 1930.

● There are many such quatrains, where Nostradamus has mentioned about the disasters that are bound to occur in the late 20th and during the 21st century. The scholars of Nostradamus’ works have put together the various incidents that have taken place in the past decade to comprehend the possibility of World War 3.

● The attack on the World Trade Center in New York has been described in one of the quatrains. It has also mentioned about the holy war that would be waged by the “Antichrist”.

● In Century 2, Quatrain 30, Nostradamus has mentioned the rise of the Kings of Mongols. The last Mongolian emperor Genghis Khan’s empire included the modern-day Iraq, Iran, Pakistan, and Central Asia. The interpreters opine it could be the Iraq war and the possibility of the American attack on Iran. Scholars say, Nostradamus had predicted the usage of nuclear weapon in the World War 3.

The year the great seventh number is accomplished,
Appearing at the time of the great games of slaughter:
Not far from the age of the great millennium,
When the dead will come out of their graves 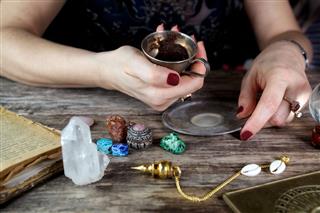 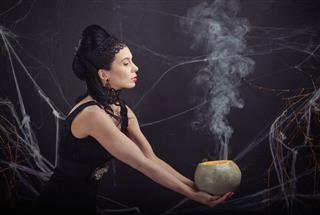 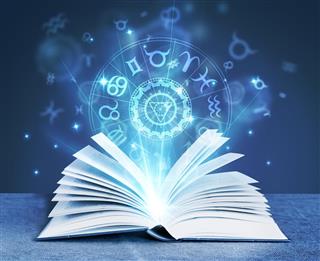 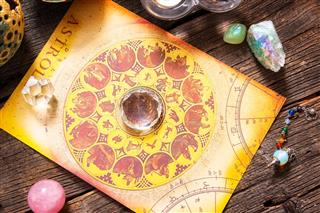