Symbolic Meaning of Turtles in Different Culture – A Brief Account

A symbol of longevity, protection, order, and creation, the turtle is a revered totem in many cultures. Mysticurious helps you to discover the various aspects of turtle symbolism in different cultures.

A symbol of longevity, protection, order, and creation, the turtle is a revered totem in many cultures. Mysticurious helps you to discover the various aspects of turtle symbolism in different cultures. 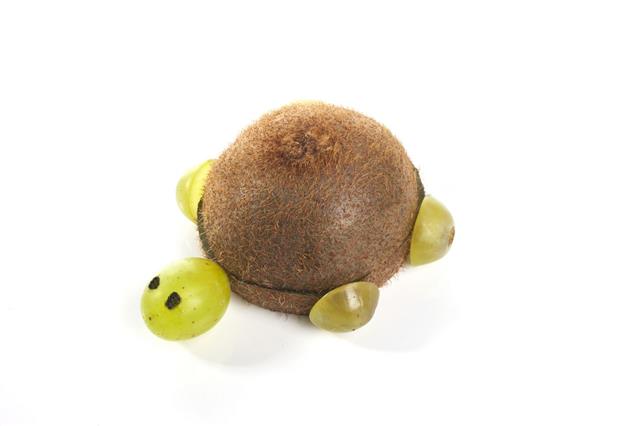 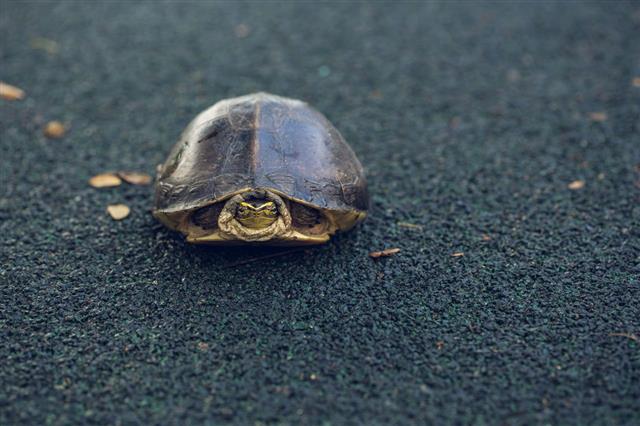 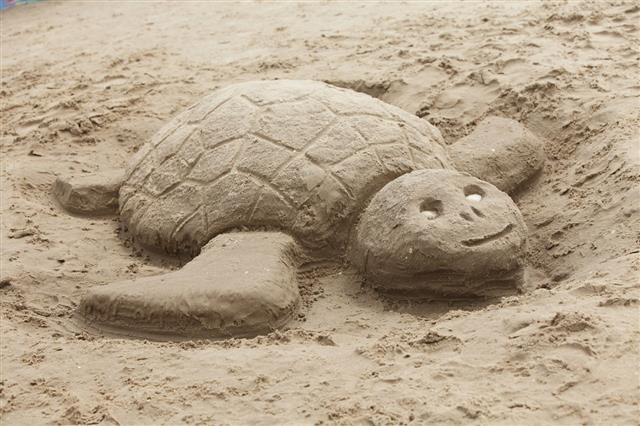 The earliest fossils of the turtle date from over 200 million years ago.

Whenever I think of a turtle, I conjure up the image of a wise, insightful, and determined Grand Master Oogway from the movie Kung Fu Panda. A turtle, as believed by many, is the wisest soul in the animal kingdom. In some cultures, it’s a symbol of longevity, and in some, it depicts the map of the stars and is a bearer of sacred writings which are supposed to be written on its underbelly and shell.

Being a water creature, it is considered to be a symbol of creation and afterlife. It is said that the turtle’s shell is divided into thirteen sections, which depict the thirteen phases of the moon in a year. Let us explore more on its symbolism.

► Native American folklore states that the turtle carried the weight of the Earth on its back, and hence, ‘Turtle Island’, an American continent, was created. The famous legend associated with it says: Before the creation of the Earth, there existed Sky People on an island who floated in the sky. One day, the Sky woman discovered that she was about to give birth to twins. When she shared this happy news with her husband, he was infuriated and pushed her down a huge hole in the middle of the island. She landed safely as two birds caught her in time, and to make her comfortable, the animals of the sea dug out the mud from the bottom of the sea and created an island on the back of a turtle. It is believed that this mud spread rapidly all over the island, and lo and behold!, created North America and the Earth.

► In the Lakota tribe, the turtle (ke-ya) spirit symbolizes health and longevity. The earlier traditions of the tribe put a beaded turtle on the umbilicus or the crib of newborn girls for protection and long life.

► In the Southwest Native American tribes (Navajo, Zuni, Hopi, Santo Domingo Pueblo, and others), the turtle represents precious water. They are popular fetish figures, especially, in the southwest where water is a true gift.

► According to the Zuni legend, turtles represent and bring in fertility and longevity. It is believed that medicine bags with turtles can prolong life and conquer death; hence, it’s carried by individuals of the Zuni clan.

► A lot of tribes have turtle clans. It is thought to be a balance of opposing principles, such as heaven and earth. The turtle produces lots of offspring, hence, stands as a symbol of fertility. It is sacred to the Greek goddess Aphrodite.

► The Japanese people revere the turtle in various forms, so much so, that they honor it with depictions in art and literature. Various myths and legends are associated with it as well. One of the popular Japanese fairy tales tells us of a man named Urashima. This man is said to have protected a turtle from some boys who were causing it harm, and the turtle rewarded him by taking him to meet the King of the Ocean where he got married to the King’s beautiful daughter who was a water spirit.

► One of the most famous myths is about a mythological giant turtle known as the minogame (straw raincoat-turtle) who is regarded as a very auspicious creature in Japanese culture. This turtle is well depicted through arts, crafts, and even in modern-day culture. It is believed to have lived for a thousand years (with some living up to 10,000 years) and had a long, hairy tail which was actually seaweed and algae that had grown on its shell. Symbolically, it represents longevity and wisdom. In art, it is often shown on par with other gods and symbols of longevity such as the crane, or Taoist deities such as Jurōjin. It also depicts the Three Jewels that represent fortune.

► The minogame is also a popular symbol of long life, and is depicted as motifs on handicrafts, handmade items, and in modern-day anime, manga, tattoos, and toys.

► In Chinese culture, according to Taoism, the turtle shell symbolizes Heaven, and its flat underside, the Earth. It was believed that the turtle was the bearer of secrets of heaven and earth, hence, their shells were used in ceremonies to predict the future during China’s Shang dynasty (1766-1122 BCE) .

► It is widely believed that the turtle supports the world with its four feet; its feet symbolize the four corners of the Earth and magically unites Heaven and Earth.

► There is an ancient tradition of consuming turtles by practitioners of the Traditional Chinese Medicine (TCM) for long life. The ingredients are stored in wooden medicine chests of different sizes. This practice is highly rampant not only in China but also in Korea and Japan, and is now gaining popularity in the western world as well.

► Feng Shui, an ancient art and science, considers the turtle as one of the four guardians of the compass. The image of a turtle with a snake coiled around it, called Dark Warrior, rules the North. It is believed that a picture or figurine of a turtle will bring prosperity and wealth to the family. In Feng Shui, the turtle is used as an energy enhancer, and it is believed to protect the family when placed at the back of the house. However, in order to make sure that the turtle creates a positive effect, its head should point towards the North. This orientation is thought to support one’s career and business.

► According to Hindu mythology, the all-powerful God Vishnu took the form of a turtle and carried the mountain on his back, as the gods and demons churned the waters to obtain the nectar of immortality.

► In the West, early Christians viewed turtles as symbols of evil forces during war. In Greece, turtles were once believed to be the citizens of hell. What’s more amazing is, in Nigeria, the turtle is considered a symbol of female sex organs and represents sexuality.

Turtles remind us that the way to Heaven is through Earth, a path to salvation. Just as the turtle cannot separate itself from its shell, neither can we separate ourselves from what we have done on earth. 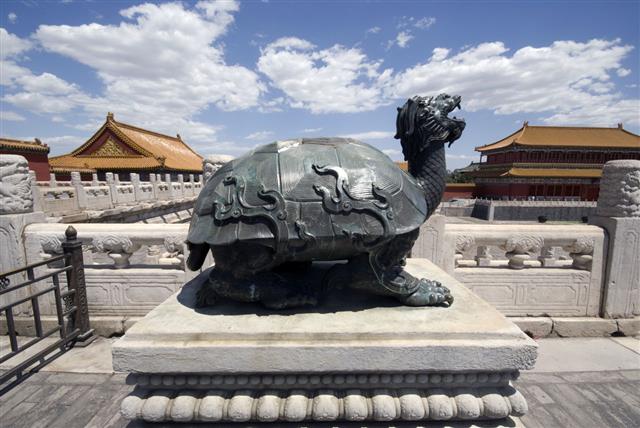