You’ll Love to Know: Symbolism of Elephants in Different Cultures

Symbolism is a medium of expression in almost all cultures. Various entities and beings are depictions of events and emotions at a particular time in history. Elephants have been of particular significance in these depictions.

Symbolism is a medium of expression in almost all cultures. Various entities and beings are depictions of events and emotions at a particular time in history. Elephants have been of particular significance in these depictions. 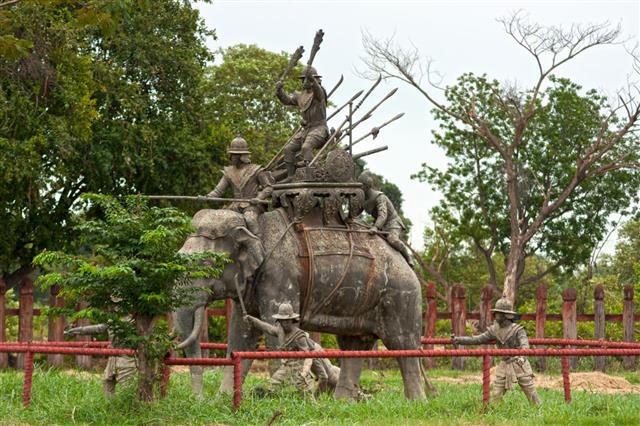 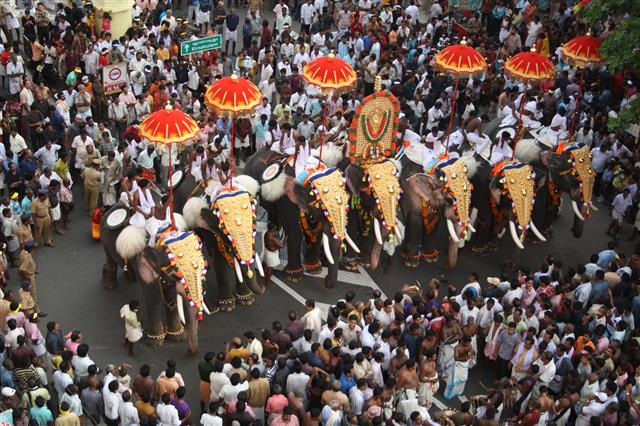 Elephants hold a symbolic meaning in astrology, wherein, ‘elephant dreams’ are considered to have specific meanings. The actions and behavior of these elephants in the dreams are of particular importance in interpreting what they stand for.

The flapping of its ears, dancing of its trunk, the prominence of its gigantic spine and royal tusks, the depth of its benevolent eyes while it strolls around with charming calm and composure, at once surrounds you with a feeling of safeguard, kindness, and respect. Such is the exuberance of this genial form, that has been on this planet for more than 50 million years. Elephants have long been associated with humans, their emotions, and their stories. They have been subjects of mythologies, religions, battles, and innumerable other interpretive or literal practices of expression.

The charismatic nature of this being has made it an element of strong symbolism across various cultures all over the world. Asian regions like India and China have dense mythologies which are packed with rich symbolism and multi-layered depictions of various elements of nature. Elephants are found in eminent numbers across these regions, and have been a part of their civilizations for a long time. Evidently, elephants have made way into people’s conscience, and consequently, their art.

Elephants, in general, symbolize the qualities of wisdom, strength, courage, longevity, patience, honor, and stature. Here is a brief about their varying symbolism across different cultures.

Elephant Symbolism in Religion and Mythology

In Buddhism, the elephant represents mental strength and composure. A gray elephant is a symbol of an uncontrolled, agitated mind. Just as a violent gray elephant can go on to destroy everything in its path, an uncontrolled mind behaves in a similar manner, leading up to self-destruction. The white elephant, on the other hand, is a symbolic representation of a calm and controlled mind, which can be directed by will.

The elephant is an important figure in Indian religion and mythology. The Hindus worship Ganesha, a deity having a human form and the head of an elephant. Popularly known as Ganapati, it is one of the most loved and worshiped deities amongst the Hindus. Lord Ganesha’s role in Hindu theology states him to be the remover of all obstacles.

Elephants are associated with rain and water in the mythology of Indra (the God of Rain and Thunderstorms, in Hindu theology). In Hindu iconography, the elephant is seen as serving as a mount or vehicle to gods. Along with being a mode of transport, they symbolically represent power and wisdom. This association is also prominent in their use in ancient battles in India.

Elephants have also appeared prominently in parables. The well-known story of the Blind Men and an Elephant has been told in various cultures and religions.

There are various depictions of elephants in Christianity, appearing in varied pieces of art works. Adam and Eve are believed to be represented by the male and female elephant. According to the documents called Bestiaries, which contain facts and fables about almost every animal (alive or imaginary), elephants too have various symbolic meanings. It was earlier believed that elephants had no knee joints. So they were symbolic of the ‘fall of man’. A person fallen into sin is depicted by a fallen elephant. Elephants also represent chastity, because it was believed that they show no signs of passion. Along with elephants as a whole, some of their features also hold symbolic meanings; like their tusks symbolize purity and their thick skin symbolizes a stubborn sinner.

Jade elephants are believed to be symbols of power, strength, and good luck. Jade has been used for centuries in healing practices and in Feng Shui. The color and light from it has a soothing and pure quality, which makes it symbolic of harmony and balance.

Elephants are important symbolically and have various meanings which symbolize qualities of royal power and wisdom. Their usage is seen in various parts of society, such as symbols of political parties, emblems that represent a group or a region, etc. The reason for their prominence in Asian cultures has a lot to do with their presence in abundance in these regions.

Elephants were also associated with clouds. They were believed to be the creators of clouds, most probably because of their form and color. Though, this interpretation is not seen much these days.

In Chinese culture, the Chinese character for ‘luck’ has the same pronunciation as that for ‘elephant’. An ‘elephant carrying a vase’ means that it is bearer of good luck and peace.

Elephants are also seen to be of influence to various landmarks in Asia. The Elephant Island near Mumbai, India, houses the well-known Elephanta Caves.

Coat of arms of the Cote d'Ivoire

In Africa too, the interpretations and meanings of elephants are almost similar to the ones found in Asian culture. They are regarded as symbols of size, strength, stamina, longevity, and loyalty. The nation of Ivory Coast holds elephants in particular importance. Their Coat of Arms feature elephants, whereas the Coat of Arms of South Africa features elephant tusks. All symbolize wisdom and strength. In African tales, the elephant is portrayed as the wise and calm chieftain, who settles disputes between other forest animals.

Elephants gained importance through various influential rulers in Europe. Alexander The Great defeated King Porus of India, and the elephants captured thus came to be known as a symbol of imperial power. Napoleon Bonaparte too depicted this symbolism after his victory at the battle of Friedland, by ordering to build an ‘elephant fountain’ from the captured guns. In Denmark, the Order of the Elephant is the highest order of merit.

Elephants have assumed various characteristics and depicted several forms of emotions in stories. They have appeared frequently in literature for children. ‘Tantor’ is a term for elephants through the famous Tarzan series. He is shown to be Tarzan’s companion and friend. Other famous characters include ‘Babar’ by Jean de Brunhoff, ‘Horton’ by Dr. Seuss, ‘Elmer The Patchwork Elephant’ by David McKee.

Some notable writers who have written about elephants include Rudyard Kupling, George Orwell, and Ernest Hemingway.

Elephants in Film and Television

Elephants have also appeared prominently in numerous films and television series. Eastern countries like Thailand have produced films based on many animals, including elephants. Disney’s animated film ‘Dumbo’, which came out in 1941, popularized the elephant over a wide range of audiences. In television, children series such as ‘Magic Adventures of Mumfie’ and ‘Babar’ the TV series, had elephants.

When it comes to culture, the scope is huge and the information always seems lacking due to newer forms making their way in. Elephants have been on this planet for thousands of years, and consequently, been a part of several civilizations and cultures. It would be seemingly impossible to narrow down the subject why and what do elephants symbolize. As and when cultures form and thinking merges, interpretations and depictions are going to vary. Though, it will be interesting to see the direction that our beloved friends are headed to in the future. 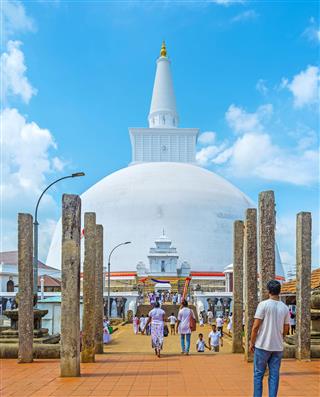 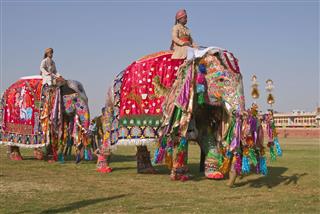 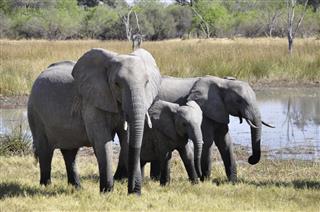