A werewolf is the most fearsome, yet an awe-inspiring mythical creature. But are they real? Here's everything that we know about werewolves to date.

A werewolf is the most fearsome, yet an awe-inspiring mythical creature. But are they real? Here’s everything that we know about werewolves to date.

– Metallica (Of Wolf and Man)

So go the lyrics penned by the heavy metal band. But it is undeniable that the werewolf has held precedence in the minds of all artists, be it writers, painters, singers or dramatists.

The word is a combination of two words: wer– which means a male human being, and wolf. As the name of this beast suggests, the werewolf is half-man, half-wolf. As the legend goes, a man who is a werewolf, turns into a full-fledged wolf on the night of the full moon. This beast then goes on to bite other unsuspecting humans, who either die or turn into werewolves themselves. It is looked on to generally be a satanic beast, evil and twisted in its acts whether they be biting other untainted living beings or eating fresh corpses.

Werewolf has been written about by quite a few cultures across Europe, and the ways that they have listed about how an individual turns into a one, all differ. Some cultures claim that sleeping on a summer Wednesday or a Friday, exposed to the full moon might turn you into a werewolf. Other similar theories state that drinking from a certain cursed fountain or drinking water contained in the footprint of another werewolf will turn you into one. More ways include chanting a certain incantation, after rubbing a potion on your body. Others claim that werewolves are normal men, cursed by a God or His saints, to lead the rest of their life as these fearsome beasts.

Then again, a distinction needs to be made between a voluntary werewolf from an involuntary one. Most werewolves are supposed to want to become out of their own accord. They are said to sign a contract with the devil who ordains them for their heinous acts. Involuntary werewolves are those who happen to turn without wanting to be so, like the humans who have been bitten.

It is also said that a man who is a werewolf has a very distinctive appearance even in his human state. Such a man has a decidedly hairier body with a uni-brow and hair under the tongue. The man also tends to have curved fingernails and lower ears. A werewolf is also said to have super-human strength, even in its human form and walks with a swinging stride.

How to Get Rid of a Werewolf?

Now how to get rid of or kill a werewolf? Like most bestial creatures, a werewolf is one which is severely difficult to repel or kill. It is a creature possessed by the Devil, to do its acts, and hence not too many things can destroy it. But a silver weapon may do the trick. As for werewolf repellents, there aren’t too many, but mistletoe, mountain ash, and rye are seen as common ways to keep a werewolf away. As for remedies to werewolfism, exorcising the person in question is said to be the most effective way.

Are Werewolves Real or a Myth?

Some things are so deeply embedded in our psyche that we start believing them to be real. Werewolves and vampires have been talked about so often that we can’t help but wonder if they are real. They have been an integral part of all popular art forms like books, movies, paintings etc. And sometimes the charisma that such a being holds is such that there is an aspiration among people, a niggling feeling within us, that it would be really cool to be a werewolf. In some people, the feeling is stronger than others and hence they claim to be werewolves or possess some qualities or the other.

We still haven’t seen enough substantiating proof that werewolves exist. Although, there is substantiating proof that people believe that there are werewolves within us. Recent discoveries have shown that some people suffer from a mental illness known as clinical lycanthropy, where the patient believes that he/she transforms into a werewolf (or any other animal for that matter). These patients exhibit telltale signs of werewolfism as they may have seen or read of. If they haven’t seen a particular aspect of a werewolf – let’s assume here that one of the characteristics of a werewolf is a consuming desire to eat broccoli – the lycanthropy patient will not exhibit this characteristic. He/she will only show behavior which he/she has seen or read in other werewolf stories.

Like other mythical creatures such as vampires, they are largely fictional beasts. But our generation hasn’t really seen the bestial creature that the werewolf was created as. The last few werewolves or wolf-like creatures have been far from bestial unlike their ancestors. Just think of Jacob Black from Twilight or Remus Lupin from Harry Potter! Hugh Jackman’s Wolverine may have had a slightly wilder side to it, but then again, it wasn’t exactly evil. Looks like the werewolf is evolving! 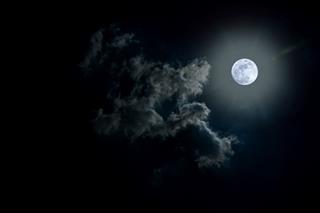 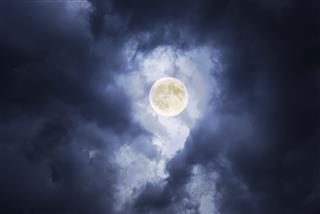 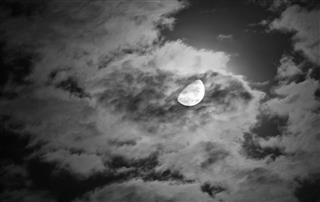 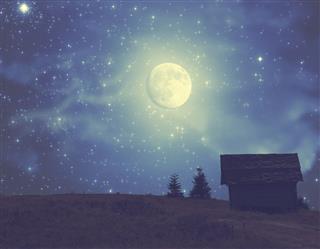