What Does the Italian Horn Symbolize?

The Italian horn is an amulet that is worn by Italians to ward off the evil eye. This Mysticurious article discusses the Italian horn meaning and history.

Home / Uncategorized / What Does the Italian Horn Symbolize? 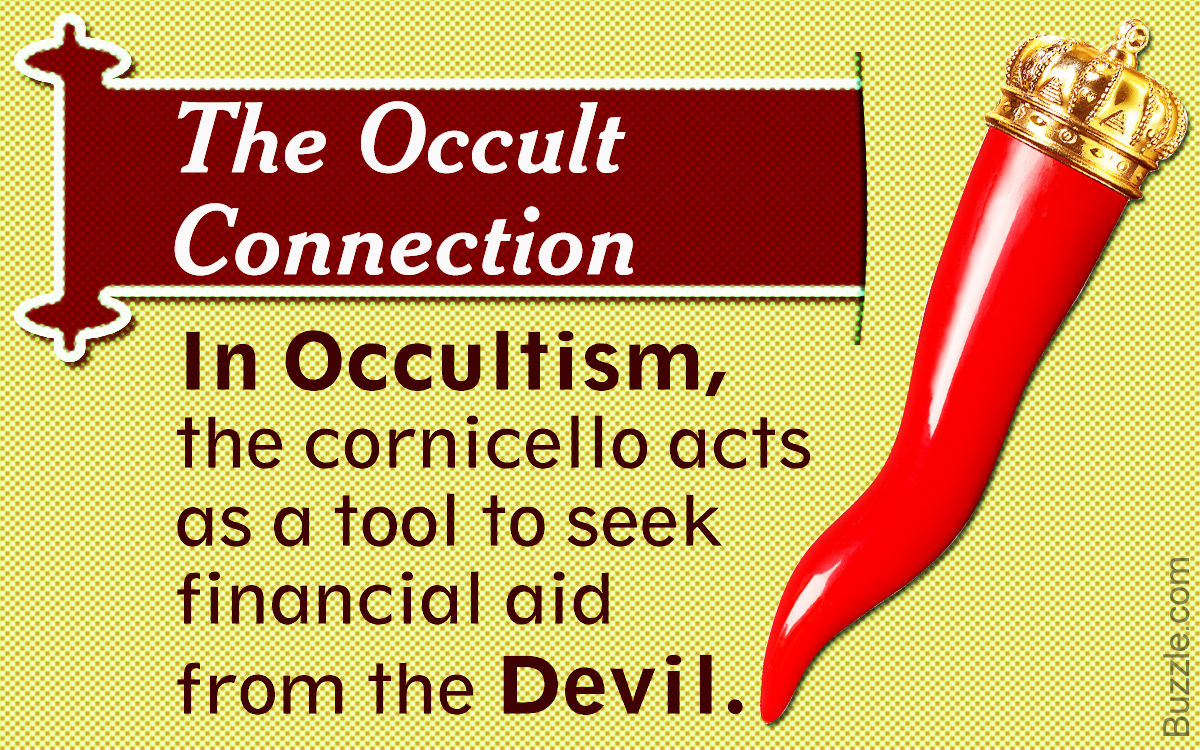 The Italian horn is an amulet that is worn by Italians to ward off the evil eye. This Mysticurious article discusses the Italian horn meaning and history.

An Italian horn, as an amulet and a talisman, is not only used abundantly across Italy, but it is also popular in the United States among the Italian diaspora and amongst the descendants of Italian immigrants.

The Italians have several superstitious beliefs like most people across the world. We find them wearing and/or possessing different kinds of charms, in order to protect themselves and their loved ones from evil. The most widespread superstition prevalent throughout Italy, especially in the country’s southern part, is the one relating to the evil eye. The Italians call it Malocchio, and if you go to Italy, you will come across many locals who are extremely serious about it. Malocchio or the evil eye can be best described as some sort of a curse that one gets even if a person compliments you for something. You will find many Italians immediately making a horn sign with their hand so as to ward off the evil eyes of the Fates.

A horn is used in Italy as a charm that is believed to ward off evil, and protect the person in question. The ‘Italian horn’, known locally as thecornicello, cornetto, or simply corno, is actually an amulet that is worn or possessed as a protective tool against bad omens and evil. More often than not, the cornicello, which is Italian for ‘little horn’ or ‘hornlet’, is worn in the form of a necklace; however, many a time, Italians may also hang it inside their cars for protection.

History and Symbolism of the Italian Horn

The cornicello has been in use in Italy, since the ancient times. According to some historians, the amulet represents a pagan Moon Goddess, who was worshiped in Europe (and in Italy) during the ancient times. This is why the horn is initially said to have had the shape of the crescent moon.

With the passage of time, the Italian horn came to be recognized as theDevil’s horn, and it was believed that if it was worn in the form of an amulet, no danger could ever touch the wearer.

It is very interesting to note that the Italian horn is also used in European occult traditions; however, in this case, its usage and symbolism is much different from what is popularly known. In the occult religion, the Italian horn is associated with the unicorn, and is used as a tool to ask the Devil for financial help.
According to the proponents of Occultism, the symbol was the creation of Druid priests of Ireland and Scotland.

Nevertheless, its more popular usage is associated with warding off the evil eye, and from ancient times till date, the cornicello amulet is worn by people, especially by nursing mothers and pregnant women.
Moreover, it was also believed that the malocchio could have adverse effects on the relationships of married couples. Therefore, the cornicellowas worn to maintain peace and happiness in marriage.

Appearance and Ways to Wear

The Italian horn is a charm that is shaped like a twisted horn. Traditionally, Italian horns were made of silver and red coral, as these two materials were considered to be auspicious. We also have several instances wherein the amulets is made of bone.
These days; however, we get Italian horns made of gold and white gold as well (alongside the traditional materials, of course), and these are also often embedded with diamonds.

Historians tell us that the inspiration for the original version of thecornicello may have been taken from the African eland (antelope found in the African savanna). This is because some of the earlier Italian horns resemble those of the eland.

Over the years; however, more stylized versions of these charms have become popular. In fact, some of them are so twisted at times, that they fail to look like a horn.
According to certain South Italian traditions, the shape of the horn was originally inspired by the chili pepper, a spice that is found in plenty in the region.

Italian horns can be purchased from several outlets in Italy and the United States, and also online. While these charms can be found in the form of earrings, key chains, etc., Italian horn necklaces are particularly popular.

There is no doubt that the Italian horn has come a long way as an amulet to keep the evil at bay. However, it is important to note that there is a very thin line of difference between an amulet and a talisman. That is to say that, these days, the cornicello is worn, also to serve the purpose of a talisman, i.e., to invite good luck into the wearer’s life.