What Do Crows and Ravens Symbolize? Know What Myth Narrates

Crows and ravens have found mention in most mythological traditions of the world. Mysticurious will tell you about the symbolic meaning of crows and ravens.

Home / Uncategorized / What Do Crows and Ravens Symbolize? Know What Myth Narrates

Crows and ravens have found mention in most mythological traditions of the world. Mysticurious will tell you about the symbolic meaning of crows and ravens.

There may be hardly anyone in the world who does not recognize a crow. They are, by far, the most common birds that we come across almost daily, irrespective of whether we live in rural or urban areas. People have all sorts of opinions about crows and their close cousins, ravens, who are also equally common (and are often mistaken as crows). While most people describe these corvids as noisy, destructive, aggressive, ugly, and dirty birds, we also often tend to come across people who are pretty impressed by their sagacity, cleverness, and also with their playful problem-solving antics. And it is perhaps owing to the conspicuous and brash ways of these birds, that people have been forced to take notice of them. They have even crossed the boundaries of reality, and penetrated deep into the cultural and religious myths of various cultures around the world.

Although crows and ravens are two different birds, it is often difficult to tell them apart. We have several depictions and legends about these birds in various cultural traditions; but more often than not, we see that both birds are mentioned synonymously, except in some extremely rare cases. This Mysticurious article will shed light on the symbolic meanings of crows and ravens in different cultures across the globe.

Human fascination for crows and ravens runs deep. These black-feathered beings have been our neighbors (even in the urban areas) since ages. Perhaps, the interaction of humans with these mighty corvids may have begun right when our first ancestors came in contact with them. In fact, we have evidence that these birds were used as cultural/religious symbols since the ancient past―a prehistoric drawing in the cave of Lascaux in France depicts a crow-headed man, probably symbolizing the soul of a fallen being, or some sort of a totem. Here are some of the things that crows and ravens symbolize.

In a number of cultures, both crows and ravens are associated with bad omen or bad news. However, in some other cultures, they do represent positive and good things, such as a divine message. So, both birds are viewed differently in different parts of the world.

In Celtic mythology, a crow or raven represents Goddess Morrígan, who often appears in the form of a crow. She is the goddess of strife, battle, and sovereignty, and Celtic myths tell us that she flies over fighting warriors, guiding them throughout the course of the battle. Morrígan is also often accompanied by a large fleet of ravens and crows. So, whenever a large flock of crows or ravens are seen in flight, it is often believed that the looker is being watched over by the goddess.

Brân the Blessed, the mythical king of Britain, is represented by crows and ravens in Welsh mythology. In fact, the name of the king itself means “crow” or “raven”. According to a folklore in the famous Welsh Triads, the king’s severed head was buried on the location where the Tower of London stands today. It was believed that as long as the head remained there, Britain would never be invaded by an outside force. King Arthur, however, is known to have dug up the head, in order to affirm his power and strength in the kingdom. Nevertheless, even today, ravens are looked upon as protective spirits, and the birds are looked after at the Tower of London, under the care of a trained Ravenmaster.

The Cornish folklore associates crows and ravens with death and bad omens, and regarded them as otherworldly creatures. Counting the crows as a way to interpret omens also originated from the Cornish tradition; however, by “counting crows”, the British referred more to magpies (another member of the corvidae family) than crows and ravens, as the black and white coloring pattern of the magpies symbolized the realms of the dead and the living, respectively.

The Norse mythology associated crows and ravens with Odin, the Father of all Gods. In fact, Odin owned a pair of ravens named Huginn and Muninn who, according to Norse myths, journeyed all across the world, known as Midgard, and brought important information to their master. Therefore, ravens are looked upon as divine messengers in Norse mythology. Moreover, in Sweden and Denmark, crows and ravens are considered to be malevolent spirits. While the Swedes believe that the birds are the enraged ghosts of people who have been killed/murdered, the Danish people believe that they are, in fact, exorcised spirits.

Crows and ravens enjoy numerous positive affiliations in Australian Aboriginal mythology and are, therefore, held in high esteem. Apart from being a culture hero and a trickster, the crow is also believed to be an ancestral being. There are several aboriginal myths that tell us about the important role that the crow played in things such as bringing fire to the Earth, saving humankind from disastrous forces, and also in the origin of death.

The crow or raven also features in the ancient Mesopotamian mythology. We have an important reference to the bird in the famous Epic of Gilgamesh, which tells us how vital its role was in the creation of humanity. Utnapishtim, one of the primary characters from the epic, sends a pigeon and a raven to find land; however, the pigeon fails in the mission and returns empty-handed. The raven, on the other hand, does not return at all, which makes Utnapishtim conclude regarding the latter’s success. Therefore, like the Aborigines, the ancient Mesopotamians also held crows/ravens in high esteem.

In Ancient Greece and Rome

In ancient Greece and Rome, the crow was believed to be the symbol of Apollo, the God of Divination and Healing. One myth also tells us that it was Apollo who changed the color of the crow’s/raven’s feathers from white to black. Nevertheless, according to historical accounts, crows and ravens were important for the augurs, priests who indulged in the practice of augury, making prophecies by watching the direction of the bird’s flight.

In Hinduism, crows symbolize many things. For one, they are considered to be ancestral beings, and the practice of offering them food during Śrāddha, a ritual performed to pay homage to one’s ancestors, is still widely prevalent. Moreover, these birds are also believed to carry omens, both good and bad, depending on the situation. Also, they are also looked upon as carriers of information, and according ancient Hindu literature, crows and ravens possess outstanding memories, which they use for this purpose.

The crow enjoys sacred status in Buddhism, especially in its Tibetan branch, the Vajrayana, the Vehicle of the Thunderbolt. Here, the bird is regarded as the earthly manifestation of Mahakala, the protector and sustainer of righteousness on Earth. We have many Tibetan murals depicting a crow which, in turn, tell us about the bird’s holy connotations.

In Japanese and Korean Myths

In Japanese and Korean mythologies, there is a tripedal raven or jungle crow, known as Yatagarasu and Samjokgo, respectively. The creature is known to be associated with the Sun, and represents divine intervention in earthly, human affairs.

In Chinese mythology too, the crow is associated with the Sun, and here too, it is a three-legged bird named Sanzuwu. According to the myth, there were originally 10 “sun crows”, and only one of them rose in the sky at a single point of time. However, one day they decided to rise all at once, and the effects of this were devastating on the Earth. So, the gods sent an archer to shoot down nine of them so that only one remained, and the Earth continued to stay safe. So, the Chinese myth portrays how the life-giving Sun may also be dangerous to humankind, and it also points to the divine potential to control nature.

In the Native American Tradition

For most Native Americans, the raven/black crow is a great trickster. However, it also sometimes symbolizes transformation or change. Therefore, some tribes also have it as their totem symbol. Moreover, it is believed to be a stealer―stealer of fire, stealer of light, and stealer of souls.

In Islam, crow/raven is one of the five animals, the killing of which is not looked upon as a sinful act. Moreover, in the Bible, while these birds are referred to as “unclean”, they have also been credited to having taught humans to deal with death. Some traditions also associate crows and ravens with occultism and dark witchcraft. So, we can see that crows have been looked upon as both good and bad symbols by the world’s mythological traditions, and therefore, while it may be possible for us to like, dislike, and even hate these corvids to a certain extent, it is simply impossible to ignore them completely. 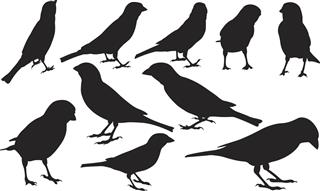 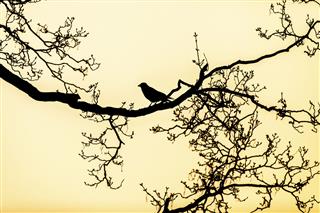