What Does a Peacock Feather Symbolize in Faiths Across the World?

Peacock is a splendiferous bird. Its feather is a considered a powerful and mythical symbol in many different cultures of the world. This Mysticurious article takes you through the various meanings and symbolism of a peacock feather.

Home / Uncategorized / What Does a Peacock Feather Symbolize in Faiths Across the World?

Peacock is a splendiferous bird. Its feather is a considered a powerful and mythical symbol in many different cultures of the world. This Mysticurious article takes you through the various meanings and symbolism of a peacock feather.

Peacock is considered as the manifestation of the celestial Phoenix bird, and its feather is often recommended in Feng Shui as a love cure.

Although a peacock can be seen in many parts of the world, it is native to the Indian subcontinent and parts of western China. Peacocks are magnificent birds known for their beauty and grace. They have multicolored stunning tail feathers. Only the male birds of this species have these beautiful multicolored feathers. They display these magnificent tail feathers in an attempt to attract the females.

Due to their beautiful-looking feathers and habits, they are associated with different symbolic meanings. They are seen as a powerful and mystical symbol and are considered sacred in many cultural and religious groups across the world. In the sections given below, we have listed the different meanings and significance of peacock feathers.

The peacock was associated with Hera. Hera created the peacock from Argus who had 100 eyes. Hence, the tail feathers of peacock symbolize the vault of heaven, and the ‘eyes’ of the stars. This symbolizes all-seeing knowledge. According to Roman mythology, peacocks were Juno’s birds, and on the coins, they symbolized the females of the ruling houses, which were the lineage princesses.

The peacock is associated with the goddesses Lakshmi. This deity represents fortune, compassion, kindness, and patience. They have a special connection with Lord Krishna as these feathers adorned his head and flute as well. It is believed that the peacocks themselves presented him the feathers.

The peacock is associated with Kwan-yin. Kwan-yin (or Quan Yin) represents qualities like compassion, watchfulness, love, compassion, and goodwill. Legend says that Kwan-yin remained a mortal even though she could be immortal so that she could aid humanity in their spiritual growth.

Peacocks are associated with openness, as they tend to display all their feathers when they spread their tail. Peacocks also eat poisonous plants, which symbolizes immortality, and they have the ability to thrive in the face of suffering. They also symbolize purity, hence their feathers are often used in Buddhist purification ceremonies.

The peacock symbolizes resurrection, immortality, and renewal associated with the spiritual teachings. It symbolizes an all-seeing church, holiness, and sanctity. In Persia and Babylonia, the peacock is seen as the guardian to royalty, and is often engraved on the thrones of royals.

Other Beliefs and Myths

In Sri Lanka, peacock feathers are believed to cure snakebites

According to Margaret Renner, a theologist, the eye-studded feather of a peacock is an important object that wards off evil spirits. It is also believed to possess some medicinal properties. The Sinhalese of Sri Lanka believe that it can cure injured or damaged bones and poisonous snakebites. The Early Christians covered dead bodies with these feathers to prevent the decaying of the body.

The Muslims used the quill of peacock feathers to write and mark passages in the Quran. The female peacocks are known to be very protective about their young ones, which is why many women get a peacock feather tattooed on themselves to symbolize this trait. One more myth states that the peacock is a slayer of serpents, and it can transform the venom of snakes into solar iridescence, which is seen in its feathers.

Peacock feathers were worn by Mongol warriors, due to which in Eastern Europe, they are considered a symbol of bad luck. As a peacock is thought to be vigilant of everything, due to its multiple eyes, it is considered a symbol of bad luck, which is why it is never allowed inside a home. There is a superstition that a person sleeping on a bed that has peacock feathers on it, will bring death to the sleeper.

Peacocks are also considered as vain and foolish birds and tend to display their feathers as a sign of vanity. A peacock feather is said to absorb negative energies and protect the wearer from any bad happenings. It is also thought of as a symbol of good luck in most parts of the world. The feathers are used for decorative purposes in homes as well as means to keep away insects and flies. 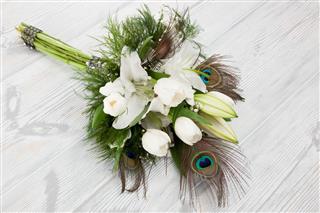 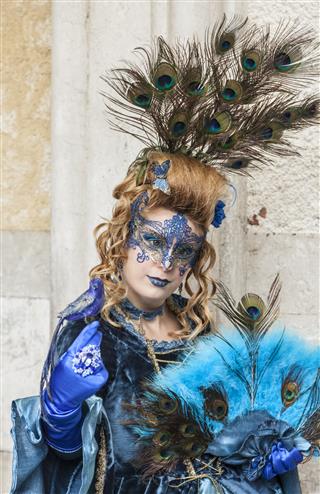