Premonition Dreams: A Blessing in Disguise or Evil Personified?

What is a premonition dream? Do dreams foretell unpleasant events likely to happen in future? Do dream premonitions turn true? Read on to find the answers.

What is a premonition dream? Do dreams foretell unpleasant events likely to happen in future? Do dream premonitions turn true? Read on to find the answers. 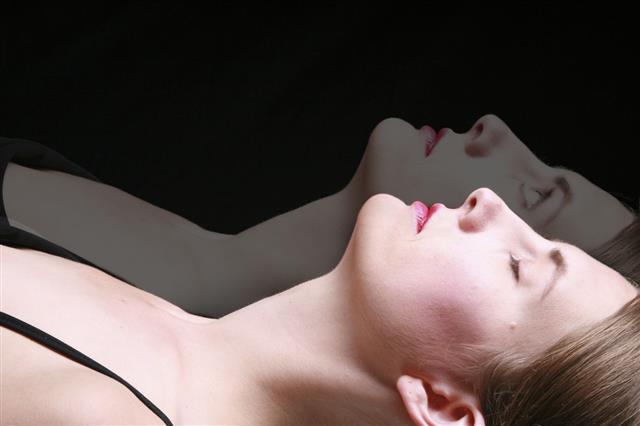 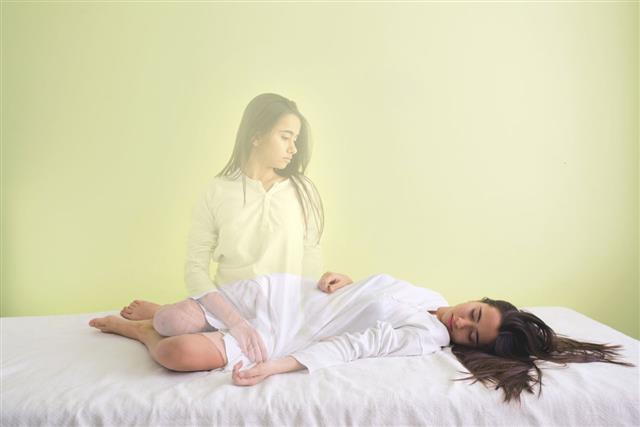 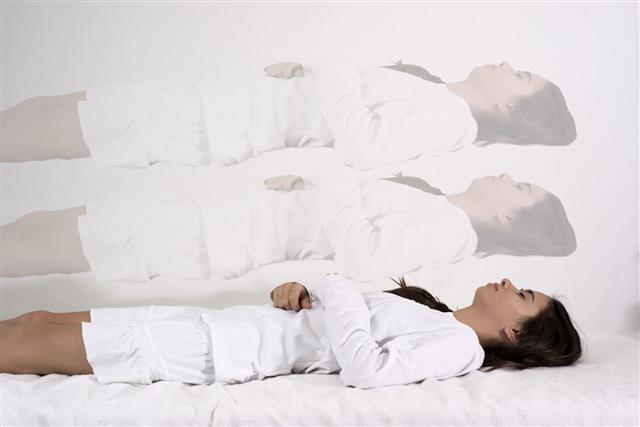 You sleep and you enter a very different world, a world of dreams, a world where everything seems real though it never really is. Each dream has its own character. Some take you to a land of fairies while some take you to a land of fears. Some are blessed with these beautiful fairy dreams while some are cursed with recurring dreams of fears, dreams that foretell the future, rightly called, premonition dreams. Cursed with premonition dreams? Or is that a blessing in disguise? Well, that’s for you to decide after reading this article on premonition dreaming.

Premonition is an indication of something evil that is yet to happen, a forewarning about something unpleasant that is to happen in the future. There are some who claim to have experienced ‘premonitions of the future’ in their dreams. These dreams often carry a subtle or a direct message about an approaching evil or calamity, like a war, a death or a mishap in one’s own life or of a near one.

Surveys indicate that 70% people believe in the existence of premonitions, 25% report of having experienced premonitions and around one third of the general population considers premonitions in dreams as real. Mostly, people start having premonition dreams at a fairly young age. In some cases, it continues throughout one’s life; while, in others it continues only for a brief period. The period between the premonition of an event and its actual occurrence is generally between one day and a few weeks. It is not right to associate things happening in the present with dreams one has had months or years ago. Dreams only of the near past can be connected with incidents of the present.

Surveys show that women are more prone to premonition dreaming than men. It’s observed that premonitions are common in people who are emotional, and more so in neurotics, as they are more prone to pick up distress. Their supposed ability to foresee evil is attributed to their emotionalism. In psychological terminology, people sensitive to precognition are said to have ‘thinner boundaries’. It is these people who are able to perceive information that is beyond the understanding of physical senses.

♠ According to reports, the 9/11 attack and the sinking of the Titanic were events foreseen by many, in their premonition dreams.

It is strange yet true that many had premonition experiences about the 9/11 attack. This was revealed much later through surveys conducted post-attack. There are records of people having had premonition dreams, rather nightmares about the Titanic tragedy, much before the ship sank. Sadly, many could not understand the feeling clearly, which is why nothing could be done.

There’s no use realizing that you had a premonition about something evil, much after the evil has actually occurred. So, it’s important to have a clear understanding of what premonitions are and what premonition dreams mean.

It often so happens that you have a premonition dream but are unable to recollect what the dream showed you. Sometimes, you are unable to connect the elements of your dream with incidents in reality. So it’s recommended that you remember the dream and write it down before you forget. Those who think they have premonition dreams should necessarily note down all that they saw in the dream, so that it can be interpreted later, possibly with the help of a dream dictionary.

Not that you will be able to change the occurrence of an event because you know of it through your dream. Not that you will necessarily be able to prevent things from happening. But having a premonition will definitely help you stay alert. The premonition dream will surely help you tune in to what’s going to happen and change your state of feelings. Precognition will help you change your response to situations, though not the situation itself. There is a need to openly discuss these seemingly paranormal feelings and recognize them as special abilities gifted to some.

♠ According to Dr. Larry Dossey, author of The Power of Premonitions, premonitions in dreams should be attended to when they involve death or serious injury, when they recur, when they appear exceptionally clear (as if real) or if someone else in the family also has the same dream.

Premonitions in dreams is not a recent phenomenon. Scriptures from Assyria and Babylonia state that premonition dreams were experienced since thousands of years ago and since then, were believed to carry indications of future incidents. Indian scriptures also have the mention of precognitions and premonition dreams. They believed that the time of occurrence of the foreboded event would depend on the time at which the dream occurred. Egyptians believed in the concept of premonitions in dreams, and considered them to be messages sent by God.

Ancient Egyptians had a ritual wherein a person would fast and sleep in a temple awaiting a dream, which would bear a message about happenings in the future. There was a belief that the opposite of what was seen in a dream, would happen in reality.

According to Aristotle’s theory of premonition dreaming, there is no universal or general rule that dreams follow and that most premonition dreams are coincidental. Sigmund Freud, in his works published in the 19th century has argued the very existence of premonition dreams saying that dream content is related to unfulfilled wishes and has no relation whatsoever, with psychics. According to Dr. Larry Dossey, half the Americans have premonitions, most often in their dreams. According to him, premonitions trace their roots to early development of life and serve a survival function. A prey knows of impending danger from its predator, it takes safety measures, thus increasing its chances of survival, further leading to better chances of procreation and survival of the species. This knowing of impending danger (premonition), thus serves a survival function. This ability has developed over time and today, it is probably in our genes, he says.

♠ Prior knowledge about the occurrence of an event may be falsely linked with having a premonition dream about it.

It often so happens that an individual acquires knowledge of the occurrence of a certain event in future, retains the knowledge but forgets the source of his information. In such cases, he attributes the knowledge to a premonition dream. At times, one infers that a particular event is probable to occur in future, and if it occurs, he associates his sense of judgment to a dream, a premonition dream. Premonition is believed to be closely associated with clairvoyance, which means that a clear understanding of present conditions can be of help in judging future events.

The concept of Deja vu is in some way related to premonition dreams. Deja vu is a feeling in which one finds a similarity between something he is experiencing in waking life, with something he has already experienced in his dreams. That is, when one thinks of having received a forewarning of an incident through a dream, after the incident actually takes place, it may be Deja vu.

Resonance theories suggest that future events exist in spacetime and are communicated by means of premonition dreams.

There is a school of thought which accepts dream premonitions as real. According to it, there exist certain energy patterns which can be recognized by a few who can then associate them with future events. Premonition dreams can also be associated with paranormal phenomena which rest on the belief that some individuals are gifted with special abilities to see the future, perceive things that seem beyond normal sensory perception and receive forewarnings of the evil.

Boon for those who think of having premonitions as a special ability. Having premonitions in dreams can be considered as an unusual ability to know the future. It is something only a few are gifted with and it should be used to predict future events and prevent the evil from happening. Dream premonitions are a boon in the sense that they help understand future events, forebode the evil, and thus serve as means to forbid unfortunate incidents. Premonitions in dreams can be considered as a boon since they help you prepare for the worst and be cautious about the future.

Bane because knowing the future is not always pleasant. Being forewarned of the evils in future is of no help if you have no means to stop the evil from happening. Thus, foreseeing the evil can be frustrating, especially, when you know you can’t do anything about it. And even if you feel you might be able to do something, there is no guarantee that you will succeed.

Knowing what the future holds for you can deprive you of the joys of the present. Let your dreams give you the strength to live; let them not scare you to death. Do not try to derive meaning from your premonition dreams, without complete knowledge of what they mean. Let sleep be a gateway to a world of beautiful dreams, and not the ones which deprive you of a sound sleep. Dream; but not sleeplessly. 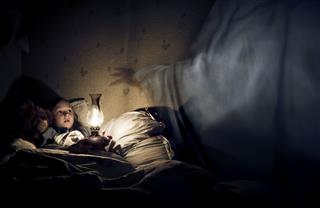 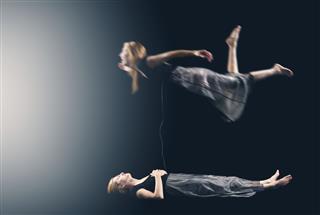