Regardless of which part of the world we are talking about, superstitious beliefs and practices exist in plenty. While some people dismiss them as mere irrational beliefs, there are others who follow them religiously. 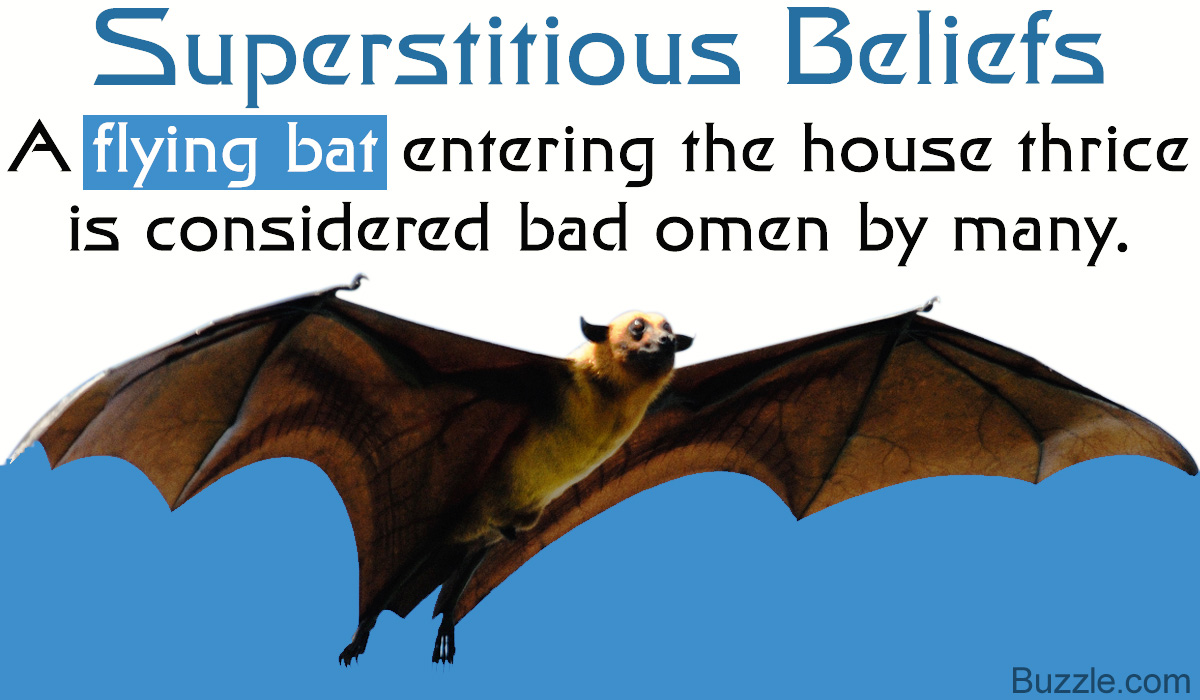 Regardless of which part of the world we are talking about, superstitious beliefs and practices exist in plenty. While some people dismiss them as mere irrational beliefs, there are others who follow them religiously.

Every time you sneeze, someone has to utter ‘god bless’. A common occurrence irrespective of which part of the world you are from. While the exact origin of this practice is unknown, there do exist some theories about the same.

According to one such theory–one of the most interesting theories to be precise–the practice began in the 16th century Europe wherein it was believed that the person’s soul was thrown out of his body when he sneezed. A body without soul, they believed, was vulnerable to evil spirits and saying ‘god bless’ or ‘bless you’ helped keep these evil spirits away.

Most of the superstitious beliefs are typically characterized by lack of logic, and are spread by gullible people. Superstitions are defined as irrational beliefs which stem from our lack of knowledge or the fear of the unknown. Right from Friday the 13th and eye twitching, to animals and the weather, everything seems to have a superstitious belief associated with it. More importantly, the superstitious nature of an individual is not just restricted to luck, but goes well beyond it, in the realms of ghosts, goblins, and witchcraft, as well as pseudosciences, like astrology and traditional medicine.

Superstitions have rooted themselves firmly in our society, so much so that it is virtually impossible for an individual to ignore them even if he himself doesn’t believe in them. While most people are superstitious to a certain extent, the same seems to have become the second nature of the rich and famous. Politicians nowadays resort to astrological predictions to see what’s in store for them. It wouldn’t be surprising if they start using it to decide the matters of the state tomorrow (or perhaps they already do).

Such beliefs are also rampant in the sporting arena, on the silver screen, and surprisingly, even in the field of medicine. Real-life examples of superstitious beliefs in sports include players putting their right foot first when entering the field, wearing a specific-numbered jersey, sitting on a particular seat when traveling in the team bus, and so on.

Superstitious beliefs and practices are not restricted to any particular region as such. While Africa is (in)famous for its voodoo culture, India has its own customs wherein animals are fed and killed to appease the gods. The traditional Chinese medicine, which boasts of curing all the ailments you have ever heard of–right from arthritis and cancer to impotency–has a huge market in the West.

Common Superstitious Beliefs from Around the World 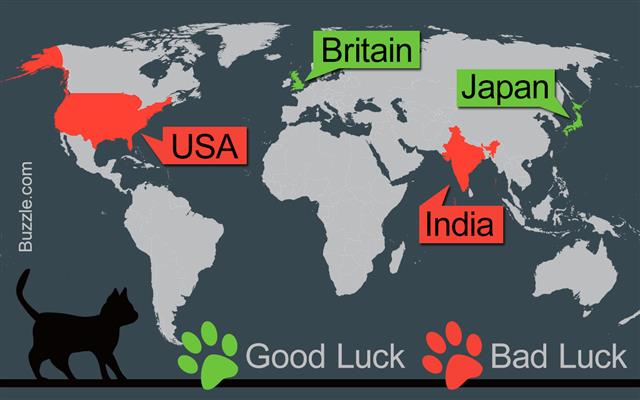 ✤ The black cat is definitely the most popular animal when it comes to luck. If a black cat crosses your path, it is said to be a sign of bad luck. Surprisingly though, there are some people who believe that a black cat brings good fortunes when it walks towards you and similarly, takes it away when it walks away from you. Back in the Middle Ages, black cats were thought of as ‘satanic’ and killed in large numbers. 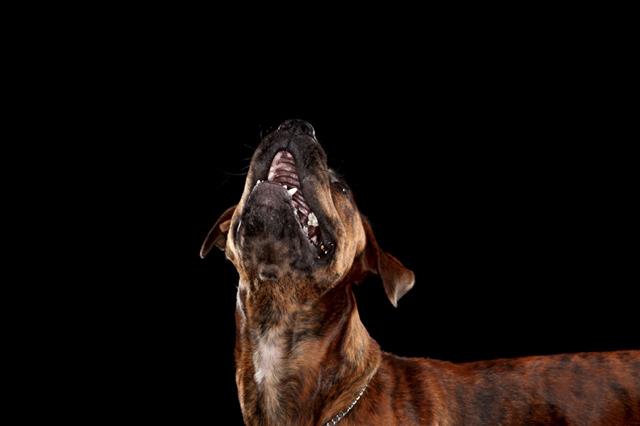 ✤ Animals and death seem to have a strong connection in the world of superstitions. A bat flying around the house thrice, a bird entering the house, and dogs howling when some family member is sick–all are considered bad omens, which hint at the possible death of some family member. In fact, bats, owls, the aye-aye, wolves, and numerous other species have been associated with death since antiquity.

✤ Both, Friday, and the number 13 have always been considered inauspicious and therefore, it isn’t surprising that Friday the 13th strikes dread in the minds and hearts of people across the world. As with Friday the 13th, almost all the palindrome dates, i.e., the dates like 11/11/11 and 21/02/2012, are also considered unlucky.

✤ Walking beneath a ladder is widely believed to bring bad luck to a person; so is gifting a wallet without money in it, lighting three cigarettes with a same matchstick, opening an umbrella indoors, and even whistling according to some people. In some cultures, the groom dropping the wedding band during the wedding ceremony is believed to be a sign of bad marital alliance. Having said that, there do exist some things which can reverse the bad luck brought by these superstitions; throwing a pinch of salt over your shoulders being one of them.

✤ As with bad luck superstitions, there are quite a few good luck superstitions as well. Wearing a rabbits foot around your neck, hanging a horseshoe outside the door, finding a four leaf clover; all are believed to bring good luck to the person. It’s also believed that if you catch a falling leaf on the very first day of autumn can guarantee you an entire year without catching cold. Similarly, a glimpse of a white butterfly on the very first day of the year can ensure a prosperous year for the person. If you can blow out all the candles on your birthday cake in the first attempt, you get whatever you wish for.

✤ When it comes to superstitions, things like horseshoes and acorns become much more valuable than you think. It is believed that hanging a horseshoe in the bedroom keeps nightmares at bay. Similarly, it is also believed that an acorn kept at the window can save the house from lightning.

✤ Even our dreams are given prominence when it comes to superstitious beliefs. Dreaming about a lizard is a sign of an enemy attempting to harm you, a fish in your dream means someone you know is pregnant, and a butterfly among flowers is a sign of prosperity in the near future.

✤ Then there are some dos and don’ts which have to be followed if you want to evade bad omen.

✤ Yet another common superstitious belief–perhaps the most popular of the lot–is about breaking a mirror. If you break a mirror, it is said that you will have seven years of bad luck. And if the mirror in the house falls on its own and breaks, it’s a sign of somebody’s death in the house.

✤ Interestingly, a particular action can have two different meanings in different cultures or regions. In China, for instance, left eye twitching is considered to be a good sign, but the same is considered a bad omen in India.

These were some of the most common superstitions which continue to be followed religiously in different parts of the world. While the superstitions in themselves are not an issue, the fanatic way in which they are followed, definitely is. Even worse is the fact that the followers of these beliefs are not just restricted to illiterate people, but also include the likes of doctors, engineers, and teachers, which simply highlights the fact that being literate need not necessarily mean the person is educated.

Basically, these beliefs and practices are illogical assumptions based on one particular incident and followed by the gullible. The soccer player who puts his right foot first every time he steps on the field must have had a good day on the field when he first did it, which, in turn, must have conditioned him to believe that his action brought him luck. The other matches following the ‘good’ match wherein his ‘right foot’ failed to bring him luck were conveniently ignored. It is our need to be in control of things, or at least feel like we are in control, that makes us believe in these baseless beliefs.

Various organizations across the world are working to eradicate these beliefs and practices. But looking at the extent to which they have been rooted in our society, it’s obvious that it will take a mammoth effort to get rid of them.

PS: If you know about any such superstitions that we have missed, we’d be glad to hear from you. 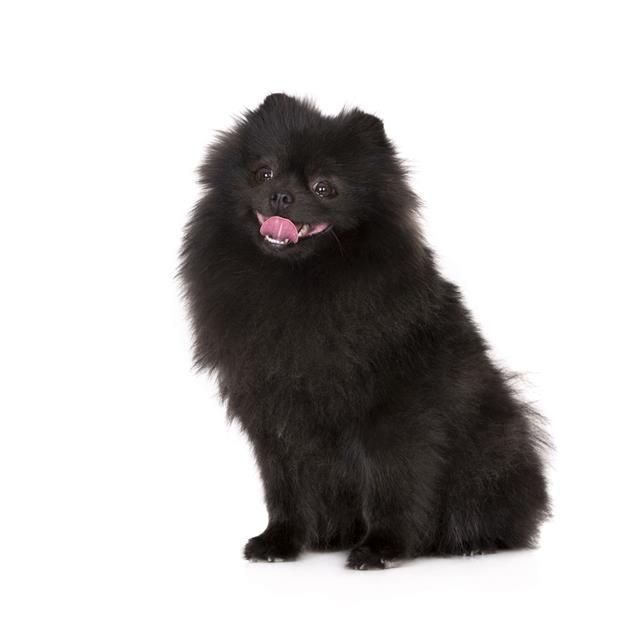