Heard of the Supernatural Powers of Telepathy and Telekinesis?

Usually associated with paranormal phenomena, telepathy and telekinesis are psychic powers that are part of supernatural sciences. Learn more about these powers and if at all they are possible to enact.

Home / Uncategorized / Heard of the Supernatural Powers of Telepathy and Telekinesis? 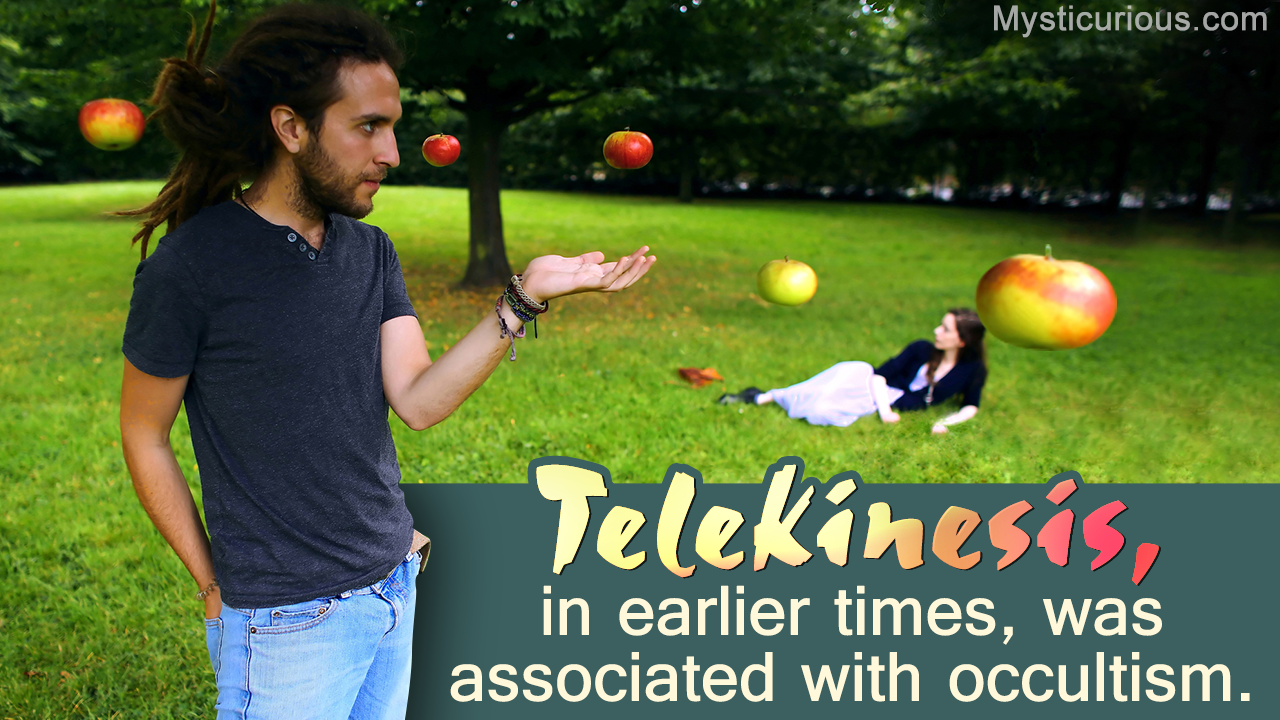 Usually associated with paranormal phenomena, telepathy and telekinesis are psychic powers that are part of supernatural sciences. Learn more about these powers and if at all they are possible to enact.

Mysticism, paranormal phenomena, and occultism are discussed by almost everyone with great fascination. Right from renowned psychics in a secret lab to school-going kids on a sweet sleepover, everyone wants to know whether there exists a world with people having such psychic abilities.

Telepathy is explained as a form of extra-sensory perception in which, information or thoughts are transferred through Psi. In simpler lingo, it can be defined as a psychic power by which, a person can read the thoughts of other people. It is often categorized under clairvoyance. A person who is practicing it can read thoughts and feelings of another person using the power of a sense, which is other than the five human senses. It is basically communication between two minds or a mind-to-mind communication between two or more than two individuals, without using the five human senses. It is usually caused as a result of human emotions. An individual’s emotional state is directly related to the telepathic experiences he might come across. This applies to both ― the sender as well as the receiver. It was also found that telepathic receivers are women in more numbers than men, as women tend to believe in their intuition more than men. In majority cases, it has been observed that, it occurs spontaneously.

When a relative or a friend has been killed or seriously injured in an accident or in a calamity, this information seems to have come in different forms and parts like in a dream, vision, or even in hallucinations in some cases. You start feeling that something is wrong and often call up that person. Sometimes, you even get warnings involving yourself in the dreams, visions, and hallucinations and therefore, you change your plans and schedule. In few cases, it is also seen to have occurred between a human mind and an animal. It can also be induced while a person is sleeping and is in the dream state. It also involves biological factors like blood volume of the sender changes during the process. The electroencephalogram shows that the brain waves of the receiver change, so as to match those of the sender. Dissociative drugs usually have a negative effect on telepathy, although caffeine is an exception.

It involves four major types ― latent, precognitive, emotional, and super-conscious telepathy. Latent type is explained as transfer of information, thoughts, or feelings through Psi with a noticeable time-lag between sending and receiving. Precognitive type is explained as a transfer of information through Psi, in the past, present, or future of an individual’s mind to another individual’s mind. Emotive is known as emotional transfer in the process of transferring one’s kinesthetic senses through an altered state. Super-conscious type is considered as tapping into the super-concious or the paranormal people, so as to access the wisdom of human beings for the purpose of gaining knowledge. Telepathy can be learned.

Telekinesis is another psychic ability by which a person can move or lift objects around him with the means of his will, without applying any sort of a physical force. Often termed as mind over matter, telekinesis has its own theory, which says it works by the magnetic and electric fields or by the waves of psychic energies that are strong enough to push, distort, or lift an object. Sometimes, a person encounters it accidentally when something falls down unexceptionably or light objects fly around a room without any outside physical force.

In the olden days, it was often associated with occultism, paranormal phenomenas, and ghosts. But after parapsychological research, scientists and psychics found out that these activities could also be the result of human beings practicing telekinesis, which is when it was added as a term officially in the lexicon. Many websites that are operated by clairvoyants and psychics say that it can be learned by any person, if he devotes his life to it, although there are no scientific evidences convincing enough to believe in telekinesis powers.

The difference between telepathy and telekinesis is that the former does not involve any kind of object manipulation. It simply involves reading another’s mind without using any of the five basic senses. The latter’s ability on the other hand is a psychic phenomena of moving objects without applying any physical force, but doing so with one’s mind. We do not know if that kind of world really exists, but it is definitely a fun thing to explore, gossip, and tell haunting stories on a girl sleepover or a family get-together! After all, it has always been a hot topic that can keep anyone awake all night long.